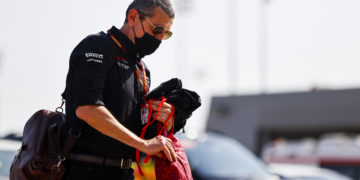 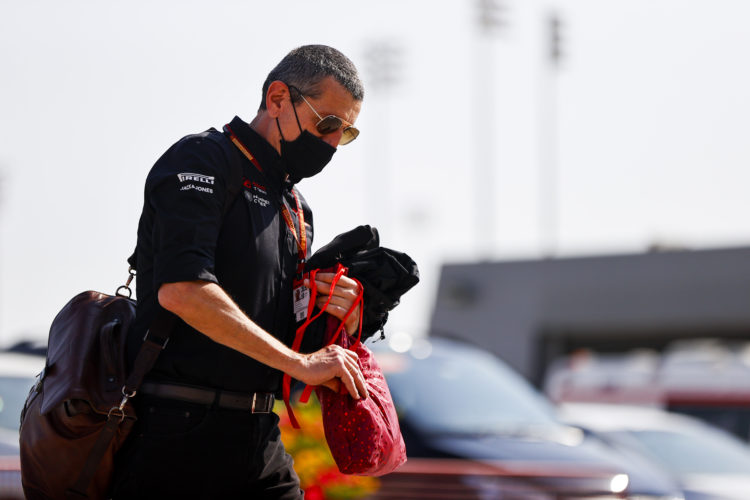 Haas have opted against spending any performance tokens on their 2021 car as they look ahead to getting a headstart on the 2022 regulations.

Haas revealed their 2021 car on Thursday, showing off their new look VF-21 with a revised livery to reflect the signing of new title sponsor Uralkali.

However, there was little detail of what exactly has changed on the 2021 car compared to the uncompetitive VF-20 from last year.

Speaking to media, including FormulaSpy, on Thursday, Guenther Steiner outlined that the team were choosing to look ahead to 2022 and had opted against spending any development tokens in order to save on resources. 2022 sees the introduction of widespread technical regulation changes which will change the fundamental designs of the formula.

With the regulations remaining largely the same for 2021, all the teams were given two performance tokens that they could spend to develop the performance of their cars in light of the changes to the aerodynamic rules for this year. Haas are the first, and likely only, team to have elected not to spend these tokens chasing performance.

“We didn’t use the development tokens this year. I wouldn’t say it’s a holding season, more of a transitional season.” explained Steiner, when asked about whether this year is being treated as a ‘holding’ season.

“We did this in with the expectation that this year if we invest a lot of time, money, tokens, wind tunnel time, it’s one year. And we were starting late last year anyway, the car wasn’t our best car. So if you put it all together, it was actually pointless to invest in the short term, it was much more important to invest in the intermediate to long term. And that is the ’22 regulations.”

“So I wouldn’t say a holding season because you always try to do your best when you go racing. It’s never like, ‘okay, we want to be last’ – No, we don’t want to be last. We do our best, and we did. The guys put a lot of effort in to get the best out of the short development time we had, but it’s a transitional period to get over to ’22.”

“And we don’t have to forget, we have got two rookie drivers. That was as I said, already, in the summer, when we announced them. This is part of it of the whole plan.” Steiner continued.

As part of the new rules regarding aerodynamic testing and wind tunnel time in 2021, Haas are the team with the second most amount of time available to them as a result of finishing P9 in the Constructor’s Championship last year. Steiner explained that the team’s goal is still to use all of that granted research and testing time

That’s the plan. We are getting we got up and running with the technical team in in January. And I think we can get there to utilise it efficiently as well. It’s not only to utilise it, you always can utilise this, but you need to be efficient. So you have to you’re trying to get you have to use them all it’s a bit of a challenge because when we started with a little bit slow beta CFD and things like this, but the aim is to get there to use all of it.