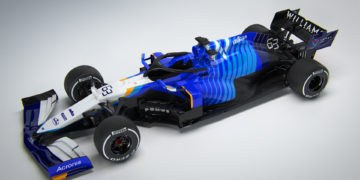 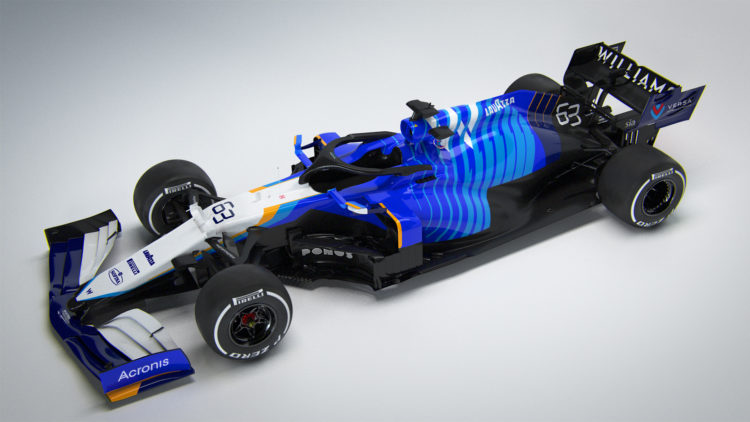 Williams elected no to spend any development tokens on their 2021 car, but team boss Simon Roberts says they’ve found ways to shave weight from last year’s car. Williams head into 2021 with an entirely new look for their FW43B, revealing a unique livery on Friday afternoon. This livery has been put together to represent the changing of the guard at the team, with ownership changing during the summer of 2020. After 40 years of the Williams family in charge, they sold up to American investment company Dorilton Capital who are now slowly starting to mould the team in their image.

With Simon Roberts replacing Claire Williams as Team Principal, Roberts spoke at the team’s launch press conference on Friday where he explained that the FW43B has had extensive work done under the skin to find more performance. This is despite the car being fundamentally the same as last year’s uncompetitive FW43.

With the Technical Regulations preventing much development work, Roberts said most of Williams’ focus has been on finding some of the downforce that has been removed by the aerodynamic tweaks for this year, as well as trying to create a more efficient machine.

“It’s quite a unique experience for the whole grid effectively to be carrying over homologated cars. So we all understand our cars, we all know their weaknesses and strengths. And so through the winter, we’ve put in a huge amount of effort to address those kinds of things. So underneath the skin, the car is really super tidy. I’m really, really pleased what everybody’s done. We’ve managed to save some weight, which is important. And we have done Aero, obviously on the car to try and recover as much downforce as we can because that’s that’s what we’re all trying to do. So, we’ve learned and I think we’ve done the right things, but until we get in Bahrain and do the test, who knows, but that’s that’s what we’re hoping for.”

Most of the teams have been quite open about where they have spent their two development tokens for 2021. While the cars are homologated, each team was given two tokens to spend on performance. Different structures and areas of the car were given token values, but Williams haven’t spent any over the winter. Roberts explained this is because they spent one during 2020, and didn’t have enough left to spend to make fundamental changes elsewhere on the car.

“We spent one of our tokens last year and I’m not going to divulge where we spent it because we spent one last year and that left us with only one over. There wasn’t enough to get into the nose or any any of the structures. So as you’ve seen on the release, we’re running same nose as last year. And that’s where we are. So really the homologation didn’t help us from that point of view. But it hasn’t held us back in terms of developing the rest of the car and taking weight out.”

With Williams taking on the Mercedes gearboxes from 2022 onwards, in a change away from developing their own, Roberts explained that that decision has meant that the team are able to concentrate resources on other areas.

“Most of the rear suspension was homologated through the end of last year, so there isn’t much scope for [further development]. Obviously, the brake ducts changed. We’ve reworked those heavily and all the diffuser area, but all the teams will have done that. So yeah, it’s not really been a factor. Obviously, it helps us next year. Because we don’t have to spend the time and effort redesigning our gearbox and, you know, that’s a given and we can redeploy all that resource on another areas of performance on the car, which is part of the strategy that’s part of the rebuild and the transition that we’re in.”