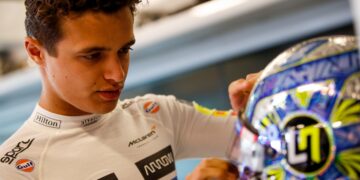 Norris extends McLaren contract until the end of 2025

Norris extends McLaren contract until the end of 2025 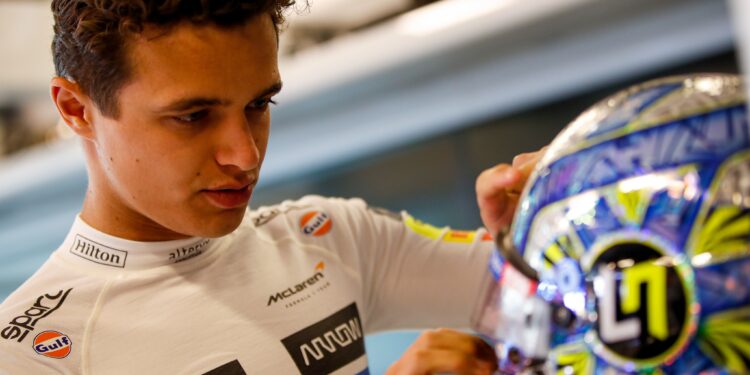 Formula 1 – Lando Norris and the McLaren F1 Team have signed a deal to seal their partnership through to the end of the 2025 season.

Norris joined the McLaren team in 2017 when he signed as a junior driver and spent the following year as their official test and reserve. For the 2019 season the British driver joined the Formula 1 grid as a full-time racer and has been a consistent point-scorer ever since.

He took his first podium for the team in the opening race of the 2020 season and added four more podiums and a pole to his tally last year, including being part of McLaren’s first double podium since 2014 and their first 1-2 since 2010. Norris was looking set to take his own debut victory at the very next event, the Russian Grand Prix, but a late rain shower put a hold on ticking that achievement off his F1 to-do list for the time being.

McLaren and Norris signed a contract extension prior to the Monaco Grand Prix last year but have now agreed to a four-year deal starting from this year.

“I’m happy to announce I’ve signed an extension to my current contract with the team,” Norris said. “It was a very good one, but I’m now extending all the way to the end of ‘25. So a good four seasons with the team, which is very good news because I’m very happy with where I am.

“I think we have the same goals and the same achievements we want to complete together. I have good confidence in the team, the team have good confidence in me, so we want to achieve this together. I want to win with McLaren, I want to win a championship with McLaren and win races at least. That’s our goal, not just mine, so I’m happy to be staying here for much longer, spending more time with the boys and girls in [McLaren Technology Centre] and all of McLaren and continue our journey together.”

With the Brit’s strong performances over the last few seasons there had, unsurprisingly, been interest from other teams with Red Bull Racing’s Motorsport Advisor, Helmut Marko, admitting to that fact at the end of last year.

“Teams are about people,” Norris added. “And I love the people and feel at home at McLaren. I have grown up in this team and I’m part of this journey we’re all on.

“Last season was another great step, both in my career and the team’s performance, and I see and feel all the work, investment, and commitment for the team to be in a position to challenge for wins and titles in the future. This all gives me huge confidence looking forward, so it was a natural decision to extend our relationship for the next few years.”

McLaren F1’s Team Principal, Andreas Seidl, believes that Norris is a “key element” for the team’s journey back to being at the front of the pack and in the fight for titles.

“The opportunity to extend our relationship with Lando reflects not only our commitment,” Seidl said. “But our belief and confidence in his talent. It is also a strong sign of trust and commitment from Lando in us as a team and our journey to world championship contention.

“Lando has shown impressive growth as a Formula 1 driver over the past four years and has been an instrumental part of the team’s momentum and performance trajectory. We are still on our journey to fight at the front and Lando is a key element of our plan, so to lock him into place, alongside Daniel and our senior leadership, gives us stability and continuity as we build towards our ultimate shared goal of world championships.”

Norris’ teammate, Daniel Ricciardo, has his own multi-year contract in place having signed on with the team for a three-year deal which started in 2021. The two will be on hand to reveal McLaren’s 2022 challenger, the MCL36, at the team’s launch event on Friday.