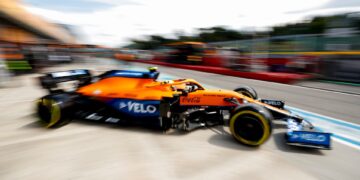 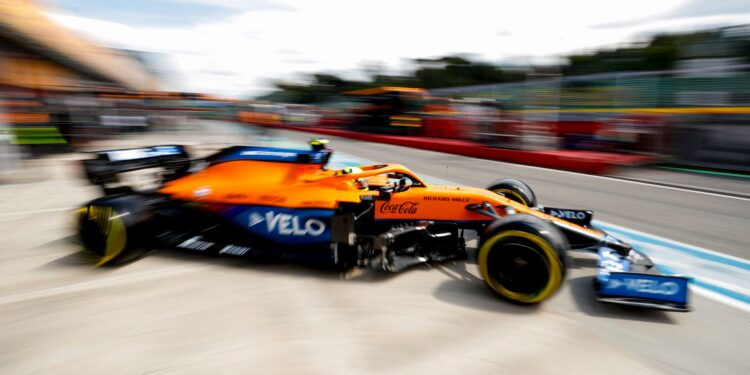 McLaren’s Lando Norris looked set to gain a career-best third place on the grid, however after his time was deleted for exceeding track limits.

The British driver, who starts in seventh, rued a mistake which saw him run wide in the final sector – the stewards deeming this to be sufficient enough to delete his laptime. A downbeat Norris was clearly upset and was left to wonder what could have been.

“Yeah, pretty disappointed. Pretty annoyed at myself,” said Norris to Sky Sports F1. “I think it was a very good day until then. I think the team did an awesome job.

“You know, the car ready came alive in [qualifying]. We made a lot of improvements on Friday, but that one lap that I don’t need to make a mistake on – I f**ked it all up!”

The McLaren’s hadn’t looked particularly quick throughout practice, however, both he and teammate Daniel Ricciardo managed to get their cars into Q3. Ricciardo out-qualifies Norris, however the Briton was well ahead throughout qualifying. The 21-year-old is taking it on the chin.

“It’s the thing people don’t realise, you know, it’s the same for everyone. So, at the end of the day, it’s my mistake, and I’ve messed it up. But um, from the outside, it looks a lot easier just to stay within the lines that are there what it is inside, I’m sure you know that.”

“But when you’re in [qualifying], and you’re in Q3, and you have an opportunity qualify P2 or P3 – to score your best result in qualifying – you’re pushing when you’re going at such a speed in such a high-speed corner. Misjudging it by this amount is tough.”