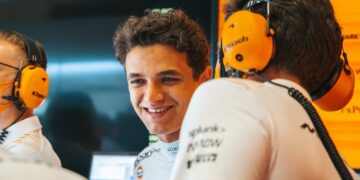 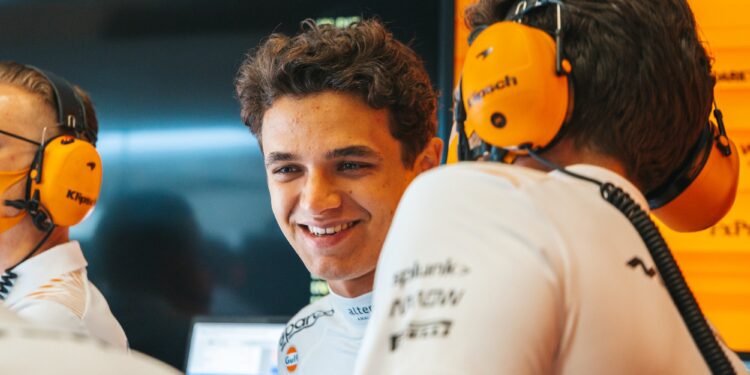 The British driver qualified less than half a tenth behind polesitter Verstappen and scores McLaren’s first front row start since 2012.

It looked like Norris could have gone one better after setting the fastest time in sector one. Verstappen failed to improve on his second run, however the McLaren driver lost time in the final sector. Whilst elated with second place, Norris was left with mixed emotions after narrowly missing out on pole.

“I feel epic!” Said a beaming Norris after qualifying. “Yeah it was cool. I guess after last race, I wanted to do that one more step and I did two more so, yeah, it’s nice.

“It puts us in a good position for tomorrow, it was probably one of my best laps I’ve done. It was a good feeling!”

With a large Dutch contingent in attendance at the Red Bull Ring this weekend, Norris joked that the orange draped fans were supporting McLaren. However, the Briton expressed his disappointment on missing out on pole.

“The fans are cool here! Everyone in orange supporting McLaren, not Max!” Said the McLaren driver.

“It’s cool to have them back! I know tomorrow’s race is going to be tough but we did the best job we could today, I don’t know how far I was off pole, I’m a bit gutted to miss out on pole – but I’m happy with P2.”