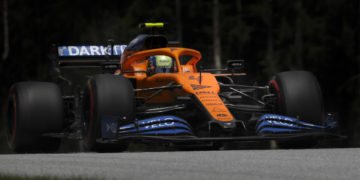 Norris: P4 doesn’t mean that we’ve made it

Norris: P4 doesn’t mean that we’ve made it 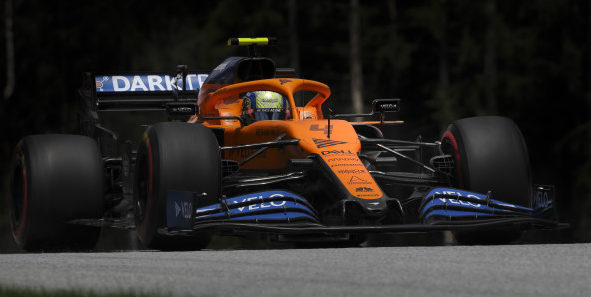 Norris just pipped Alexander Albon by two tenths of a second to steal the place from the Red Bull driver. After qualifying, the Briton was understandably elated with the result.

“I’m very happy, this was my best qualifying position ever,” said Norris after qualifying. “It’s a big achievement for myself but also for the team. It’s the best team result for six years, so it’s good to see the progress we’ve made.

The 20-year-old was keen to keep his feet on the ground however. Norris is still two tenths down on Red Bull’s Max Verstappen in third place.

“This result doesn’t mean we’ve made it, said Norris. “We’ve got to keep working hard. That’s what we’ve been doing this whole weekend, we keep chipping away. We’ve got a good starting position for tomorrow, so I’m happy with that — a good qualifying throughout.

Norris will have a task on his hands tomorrow to keep the Racing Point cars of Sergio Perez and Lance Stroll behind, who have shown strong pace this weekend.

“I was confident, even though it didn’t always look like we were the third-best team. To put it all together come Q3, and especially on the second run, made me happy. I think it’s good for us as a team but tomorrow’s a different day and we’ll still have to work hard during the race.”

“It’s been a very good day for the team,” said the Ferrari-bound Sainz. “We can be happy with the performance of the car after winter testing. It’s good to be fighting in the top 10 already in the first weekend, so very happy about that.”

Sainz did finish a little further down the order in 8th place just three tenths off his teammate. The Spaniard had struggled to put together the final lap in Q3.

“Personally, I’ve been struggling a bit the whole weekend, not finding the right balance for certain corners, and I couldn’t put together the final lap I was aiming for. Otherwise I think P8 is not a bad starting position for tomorrow and we’ll definitely be fighting for the first points of the season.”