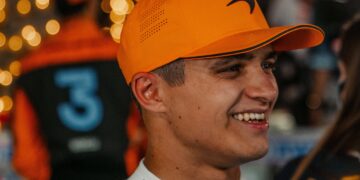 Norris: P4 feels like a pole position in some ways

Norris: P4 feels like a pole position in some ways 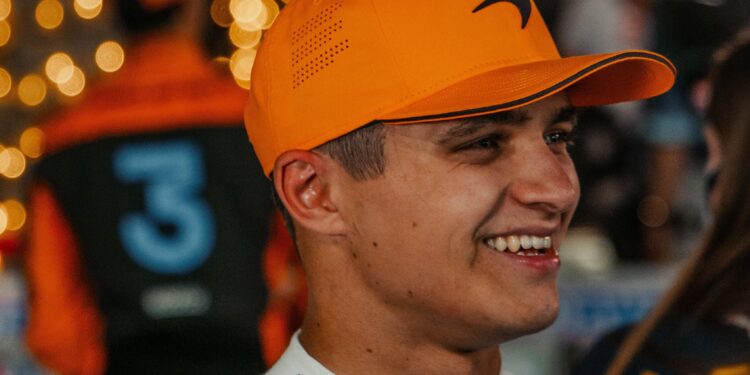 Australian Grand Prix – After a very tough start to the season for McLaren, the Australian weekend has kicked off in a much more favourable way.

After a promising first pre-season test, things have not run smoothly for the McLaren team – Daniel Ricciardo missing the second test due to covid, lots of issues during that test, and performances in the first few rounds more akin to the McLaren of a few years ago.

Whether the competitiveness they’ve shown so far in Melbourne is genuine improvement or a one-off it will at least have lifted the spirits of the fans and employees. Norris ended up topping the final free practice session after it was called off early due to a red flag before both McLarens made it through to the top ten shootout in qualifying. With Norris taking P4 and Ricciardo a few places back in P7.

“It was a very good result for us,” Norris told F1.com. “It feels like a pole position in some ways from where we’ve been the last few weekends! To just scrape into Q2 in Bahrain and to miss out on Q3 in Saudi, and now to be almost all the way up there. I guess still a long way off the pace, but position-wise to be a lot further up is nice to see.

“A good reward for myself and a good result for the team. So, happy. Whether or not the car has made much progress or not is hard to say. I think we’ve been working well as a team to still try and find as much as possible and I think the hard work part of it has moved us ahead of Mercedes this weekend. The rest of it is the track and the car just suiting it a little bit more than what it did in Saudi simply.”

For the race, Norris believes his race is with the Mercedes and Alpines, of which the two silver arrows will be starting right behind him, and he’s looking forward to the challenge of it all.

I think I’m still confident,” Norris added. “We can still have some good results. I have one red car behind me which I’m not expecting to be fighting too much, but I think a fight with the Mercedes and also the Alpines. The Alpines have probably looked a little bit quicker than us this weekend, especially with Fernando, but he ended up in the wall. It’s not going to be an easy race but it’s part of it, it’s a good challenge and I look forward to it.”

Home favourite Ricciardo, while very happy with how the weekend has progressed, has mixed feelings about his qualifying. By getting to Q3 he achieved the goal they’d set for the weekend but he feels his final lap wasn’t very good especially as he went slower on a set of new tyres than he had done on used ones in his previous attempt.

“In terms of coming into the weekend,” Ricciardo explained. “We were kind of like ‘if we can get our first Q3 of the year that’s another step, it’s more progress,’ so, happy with that. And actually, the whole weekend I’ve been happy with and the whole session, just that last lap I am not happy with.

“My best time was with the used [tyres] in the first run. I went a second slower with the new set and was pretty much off track three times on the lap, so I didn’t get anything really from the rear that I wanted, something we’ll look into.

“It’s still a shame because normally obviously you find another step with new tyres and I think that should have put us further up. But in any case happy with a solid weekend so far. Seventh is a lot better than thirteenth or whatever else I’ve qualified this year so we’ll take the little win for now.”