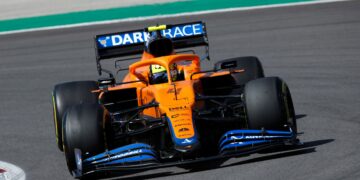 Norris: P5 was the best we could achieve

Norris: P5 was the best we could achieve 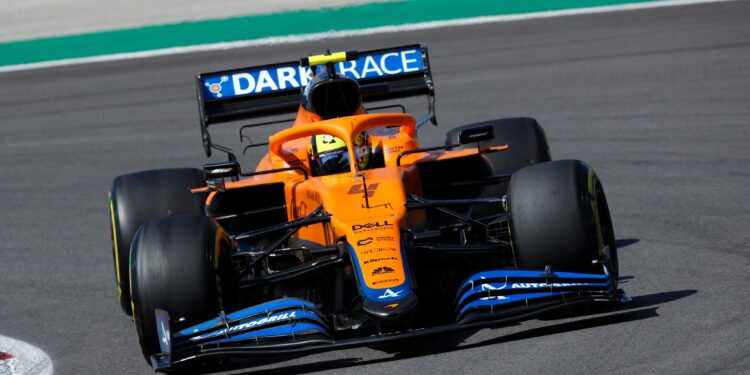 The Briton has finished in the top five in all three rounds of the 2021 season so far, achieving a competitive podium finish in the rain-affected Emilia Romagna Grand Prix at Imola.

It was a strong result for the McLaren driver who out-qualified his more experienced teammate Daniel Ricciardo; the Australian unable to reach Q2. During the race, the 21-year-old even made a pass on Red Bull’s Sergio Perez for fourth place.

The Mexican would ultimately get back past Norris and the McLaren man still believes that Mercedes and Red Bull are ahead. However, Norris is satisfied with the result.

“Very happy with today,” said Norris. “It was a strong race by the whole team, and a well-executed strategy. I got past the people I needed to get ahead of in the early laps at the start, then the restart and the pit-stop.

“We scored some good points and P5 was the best we could achieve today, so I’m very happy. Big thanks to everyone here and back at the factory for their hard work.”

McLaren hadn’t looked particularly competitive earlier in the weekend not achieving more than eighth in practice. In qualifying, Norris lined up seventh on the grid, whilst teammate Ricciardo was knocked out of Q1 and started in 16th.

Both drivers made progress and finished in the points, with Norris in particular able to hold off Ferrari’s Charles Leclerc in the second half of the race. Norris believes that the team are making clear progress, especially compared to last season where McLaren could only achieve sixth at Portimao.

“I think the fact we were good here gives us some good confidence for other tracks for sure,” said Norris as quoted by Planet F1.

“But the car felt good. It was still not easy to drive, still quite tail happy a lot of the time, especially when it gets windy, but we’ve obviously made a lot of progress, and compared to the other guys, we had very good pace.

“So I’m happy, but it wasn’t like it was easy. Charles was pushing me a lot for the whole [final] stint. So we’ve still got work to do to make my life easier, which is always nice, but we’ll keep pushing.”