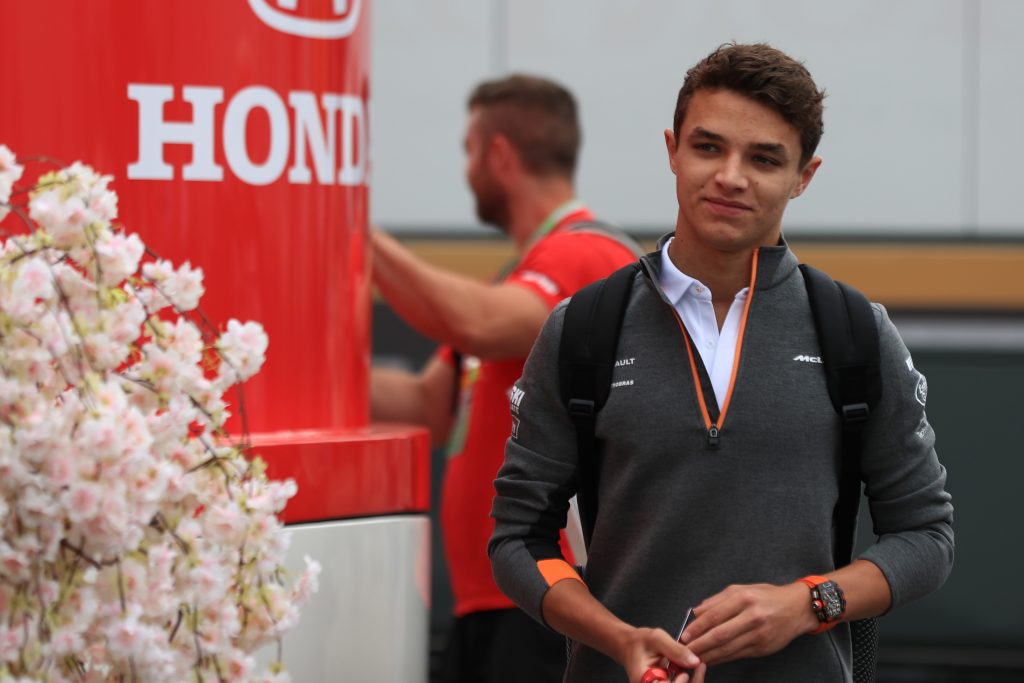 Belgian Grand Prix – McLaren’s Lando Norris said Anthoine Hubert was ‘the unlucky guy’ as racers place their fate in the hands of the drivers around them.

Lando Norris says that his reluctance to take risks in racing makes him a safer driver than others but the nature of the sport means placing fate in the hands of other people on track.

Speaking after his last lap retirement from the Belgian Grand Prix, losing a P5 finish in the process, Norris wasn’t in particularly good humour as he spoke to reporters. Downbeat from his own race result, he said that the death of F2’s Anthoine Hubert and serious injuries suffered by Juan Manuel Correa had highlighted the luck aspect of racing to him: “It shook me in quite a big way. I think as drivers, we take it for granted sometimes what we do. How, in some ways, safe things are. How we can have such big crashes and get away with it and things will be fine. So quickly, it can go the opposite way.”

“In the past with the Jules [Bianchi] crash, that’s a lot more of an unexpected, irregular occurrence. This was more of just something that can happen to any of us if we’re unlucky.

“My condolences go out to Anthoine’s family and friends as he is no longer with us. I felt bad for myself knowing i was in F2 until recently and, racing everyday, it could have been anyone… but it wasn’t.”

“It could have been me last year and it’s when you starting thinking of things like that….maybe some people take it better than others but i didn’t take it too well.” Norris continued.

“I didn’t know him well but we had spoken a few times. He was in GP3 and i was in F2. I never actually raced him but it doesn’t change things – he was a racer like we all are. He was just the unlucky guy, I want to say.”

Norris said that while he doesn’t take excessive risks in the car, he knows he places his fate in the hands of those who he is racing: “Touch wood, I’m a safer driver than a lot of drivers. I take more care. i am more reserved in a lot of ways. i don’t take risks all the time so its more about putting my fate in other people’s hands. I think we just all have to have faith in each other as drivers.”

“I think yesterday was till unexpected, so rare to happen but, at the same time, it can still happen in Formula 1, in any category pretty much.”

Asked whether the incident had affected his mentality towards the race in any way, Norris explained: “I don’t think of things like that. It didn’t affect me in terms of what i have to do, my job and things like that. My job is to race for the team. i just need to live my life and move on and do things that sometimes i don’t want to do. i want to race and to have fun because I love doing it but at the same time, i feel so sorry for everyone involved with what happened.