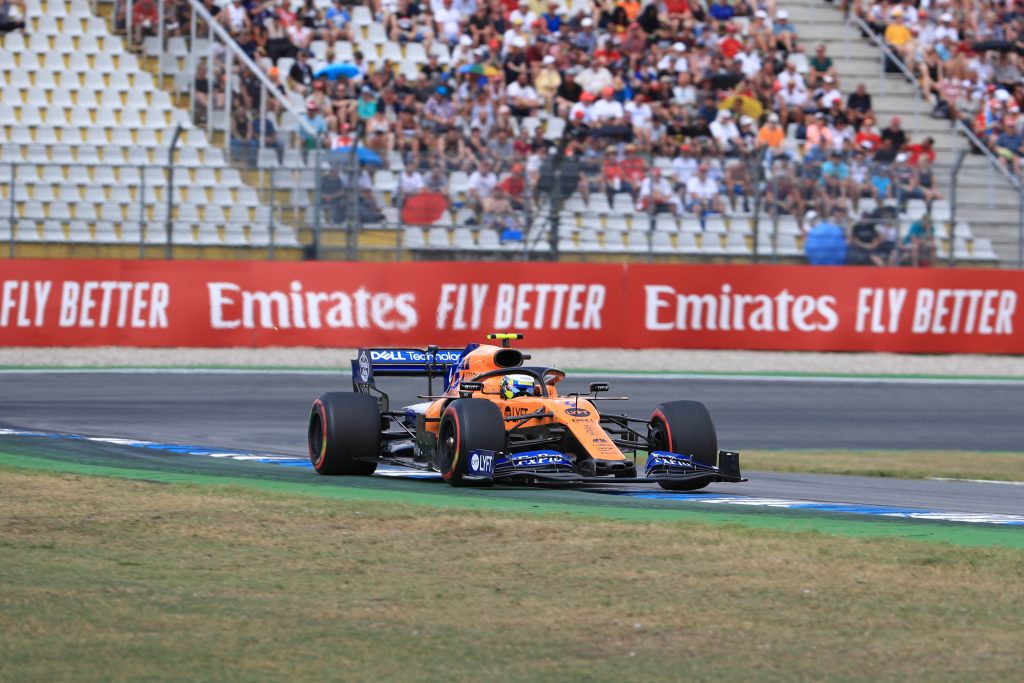 Norris retirement due to loss of power

Norris retirement due to loss of power

German Grand Prix – Lando Norris’ mid-race retirement at Hockenheim happened as a result of his McLaren losing all engine power.

McLaren’s Lando Norris was forced to retire from the race at Hockenheim when his car lost power on Lap 25.

The British driver had started from P19 on the grid after the team opted to fit his MCL34 with a new MGU-K, Control Electrics and Energy Store prior to the race, but fought his way up through the pack in the changeable conditions during the first half of the race.

Norris was actually running ahead of teammate Carlos Sainz, who went on to finish P5, after the Spaniard’s dramatic spin in the stadium section. However, on Lap 25, Norris’ car slowed and he was forced to pull over and stop with an engine issue.

Explaining his race, Norris said: “The start was tricky because of poor visibility and it was still very slippery even on Wets. Everything was going okay, making up some positions here and there when we didn’t box under the first Safety Car, which in hindsight may have been the wrong decision.”

“I made up a couple more places after boxing onto Inters and my pace was good before I stopped for slicks, as it had dried just about enough. I got ahead of the Toro Rosso [Albon] immediately after that stop on the back straight. Things were looking good but then the car lost power. It’s a shame as points were definitely possible in what was a manic race.”

Team boss Andreas Seidl said Norris could have achieved a similar result to Sainz had the problem not occurred: “Lando’s starting position was further compromised today when we needed to change the battery pack and MGU-K this morning. He made up places and actually ran ahead of Carlos after his spin, but unfortunately Lando’s car lost all engine power in the middle of the race, which took away the possibility for him to have a similar race to Carlos and score more points.”