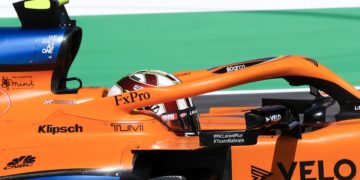 Norris says ‘tracks are better like this’ despite practice crash

Norris says ‘tracks are better like this’ despite practice crash 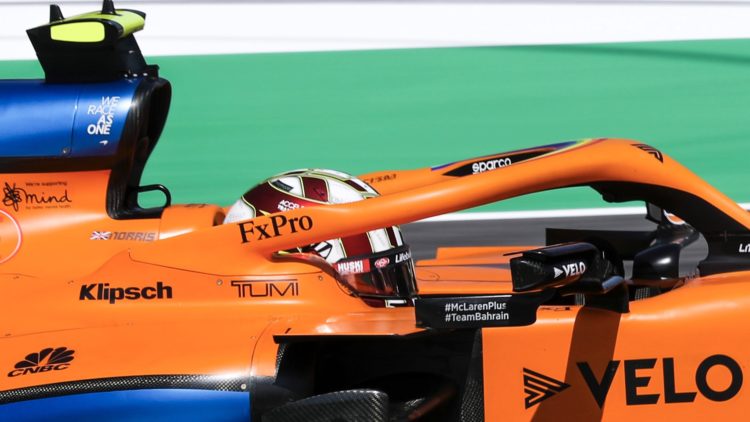 Lando Norris says his small mistake in FP2 has led to a ‘quite costly’ accident as he missed out on his long runs at an unfamiliar track.

Norris made an error early in the second practice session, losing the rear of his McLaren as he ran wide out of Turn 3 and into the gravel while on a flying lap. Trying to correct the error, he speared the wrong way and hit the concrete wall. He was uninjured and climbed out while the session was red flagged to clean up the mess.

”As much as I hate that there was gravel, because of ending up crashing and damaging the car, it’s better like this,” Norris told Sky Sports. “It’s tricky, more challenging and that’s what it should be like. It’s not ideal, but it’s what happens sometimes.”

Having watched the accident back on replay, Norris said the accident felt worse to experience than how it appeared on the outside: “It felt a lot worse when I was in the car than what it looks like.”

“I think there’s damage to the steering and maybe the rear, but nothing major. I don’t think I damaged the floor or the wings apart from the front wing. It’s not terrible, it could have been worse. I’m lucky, but it was a small mistake from my side which was quite costly.”

“Tricky day. Obviously, I didn’t end it in the best way – over-pushing it a little bit. It’s one of the first proper costly mistakes that I’ve made, almost since I started in F1. It’s a bit frustrating, but at the same time it happens – it happens to everyone. Not ideal but everything until then was going reasonably well.”

Norris missed out on the long run simulation in the second half of the session, ending up down in P14 at the chequered flag, just behind teammate Carlos Sainz.

“It cost me all of the high-fuel running in FP2, but yeah – it is what it is and we need to try and make up for it tomorrow. We were expecting to start the weekend a bit stronger.”

“I don’t think we’re bad or slow, it’s just the car has been quite tricky. We’re maybe not as competitive as we were expecting compared to some other teams, so we have a bit of work to do.”

“We made some improvements from FP1 to FP2 but we’ve got a lot of work to do. It’s not been as straightforward as we were hoping for, and we’re struggling a little bit more than we were expecting coming into the weekend. Rough start, but I’m confident we can make up for it tomorrow.”

Norris walked away from this crash in FP2 🚩#TuscanGP 🇮🇹 #F1 pic.twitter.com/ykfauVB7JE