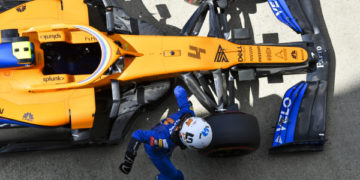 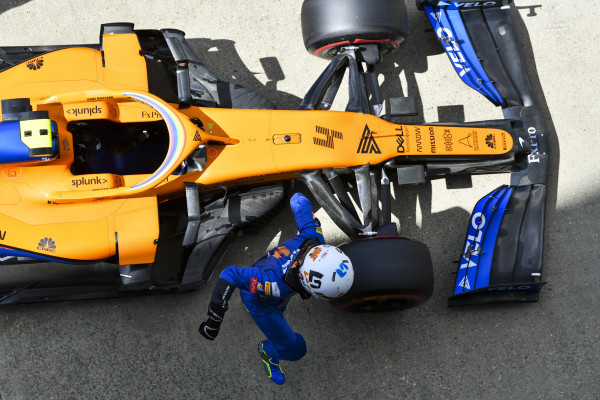 The 20-year-old managed to bag 5th ahead of Sunday’s race, but had to make significant changes delaying him in qualifying.

“First of all, the team did a great job getting the car ready for [qualifying] because we had to make some big changes so we didn’t quite get out on time – but we got out, so thanks to the team for their hard work.

“It was a messy qualifying: I made mistakes on a couple of my runs, especially the first one. I went off the track, compromised myself and lost a bit of confidence throughout the first half of qualifying, which wasn’t ideal.”

The Briton, who has not qualified outside of the top ten all year, felt like he was struggling to get into a good rhythm and went off in his first run.

“I was trying to play catch-up and get in a good rhythm and I didn’t really do that until the final session,” said the McLaren driver. “On the old tyres I matched what I did on the new tyres before, so I felt a bit more confident going onto the new set that had more grip, and I could push that little bit more.

“It’s a great result, especially here at my home race. Tomorrow’s the important day where we have to convert it into a good result.”

Teammate Carlos Sainz praised a ‘strong day’ for McLaren who starts just behind Norris in 7th. The Spaniard is feeling more confident as the weekend progresses but admits there is still some work to do.

“It was a very strong day for the team,” said Sainz. “For me in particular I’ve had a better feeling with the car as the weekend has gone by, so we made some progress on the balance and the set-up.

“In general, I would say there’s still some work to do, but I’m happier with the car and we’re in a good position for tomorrow.”

McLaren have managed to get both cars into Q3 in all four sessions so far this season. Team Principal Andreas Seidl, who praised his team and drivers who ‘pulled out the laps when it mattered most’, is expecting a good points return for Sunday’s race.

“FP1 and FP2 were challenging, but the team worked hard overnight to improve the car which helped us maximise the performance of the new components we brought to the track on Friday,” said the German.

“Both drivers were a lot happier with the balance in FP3, which gave us a lot of confidence going into qualifying. We had some extra work to do on the cars after P3 [Saturday practice] and both car crews did a great job to finish just in time.

“With the yellow flags, red flags, blustery wind and traffic management, there were a lot of variables in play this afternoon, but the team focused, worked hard and got through the challenges.