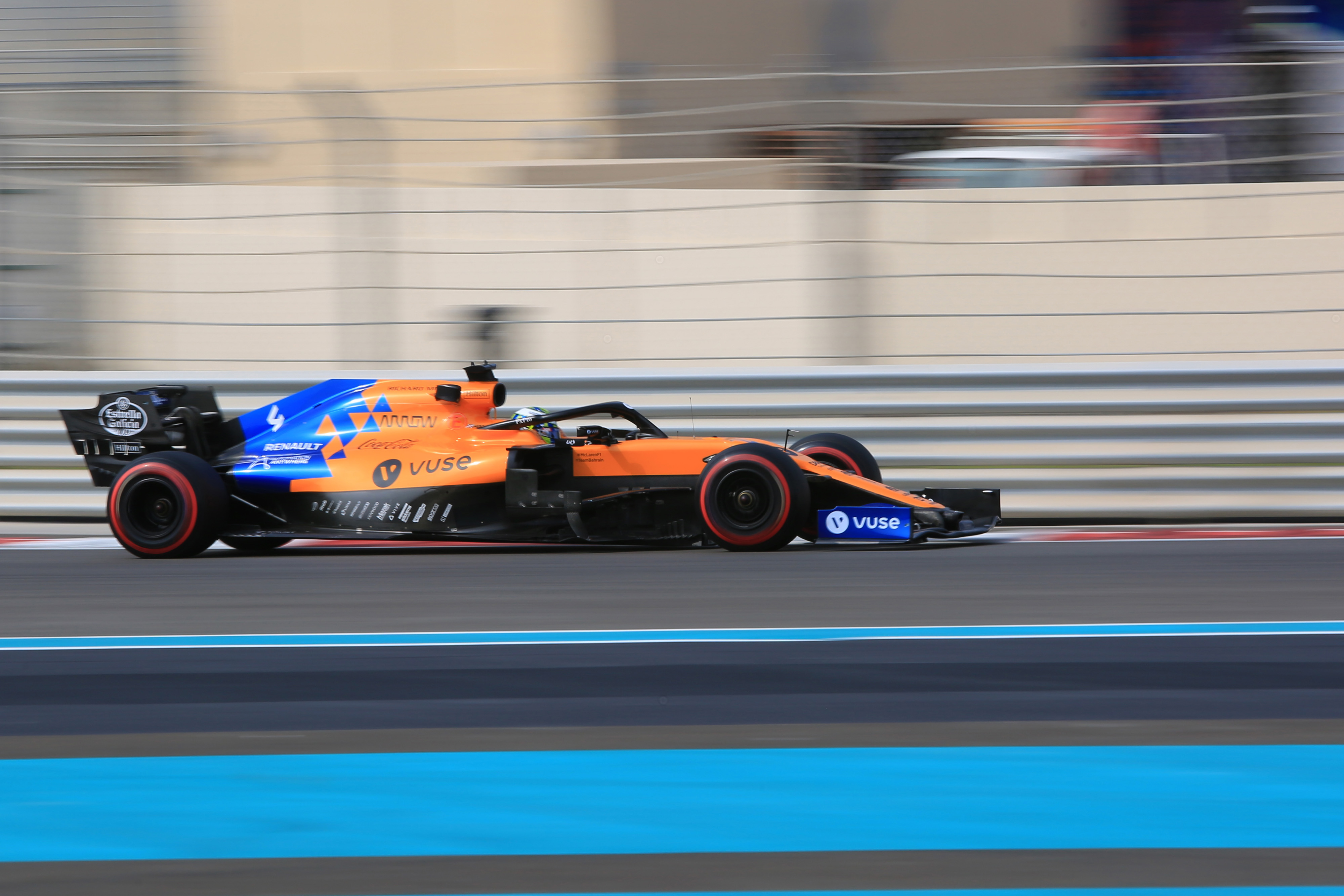 McLaren’s Lando Norris signed off on his 2019 season by driving the MCL34 during the Pirelli test at Yas Marina, and tried out some new techniques.

With the teams staying back to conduct 2020 tyre testing on behalf of Pirelli at Yas Marina, Lando Norris’ final day of duty for 2019 took place on Tuesday as he drove the McLaren MC34.

With Formula 1 testing now severely restricted, and Norris’ only time in the car usually in situations where he needs to be on top of things immediately, he said that he used the time today in order to experiment with different driving styles and ways of attacking corners as he builds on his experience of just one season of F1 racing.

“It’s a Pirelli test so obviously we’ve been trying out lots of tyres today, 2019 and 2020 compounds, and conducting back-to-back comparisons.” explained Norris. “Short performance runs but also long runs without changing anything on the car so that tyres can be compared.”

“But it was also a good day for me to explore different driving styles and techniques. Overall, it’s been a productive day with good mileage achieved and with both the team and I learning a lot. Carlos takes over tomorrow so another opportunity for data gathering for next year.”

McLaren’s Performance Director Andrea Stella said it was a straightforward day without issues for Norris and the team, and that they got through their full planned test programme: “It’s been a very productive testing day. We’ve run without any problems or delays and we were able to get through our programme, which was very busy. We’re happy that we could conclude it with all the test items having been done.”

“We had test items related to measurements with rakes in the first hour, as allowed by the regulations, and then we started to go through the programme associated with understanding candidate tyres for 2020, comparing them with 2019. I think we have very valuable information, and we hope to have another good day tomorrow and finish this season positively.”