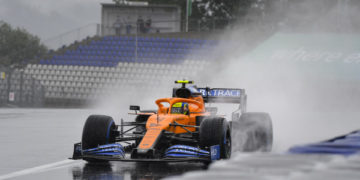 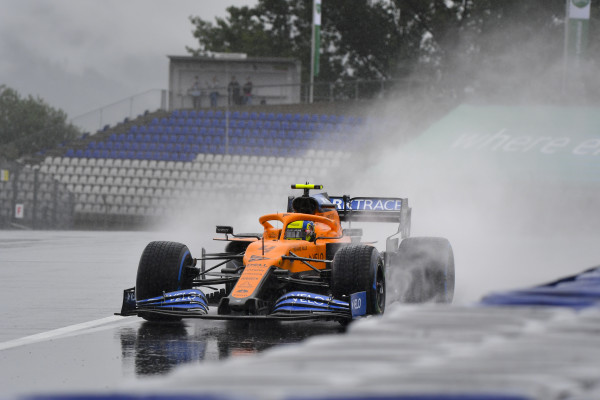 McLaren’s Lando Norris is heading into Sunday’s race confident that the onset of chest pain he was feeling on Friday will not hamper his on-track performance.

The 20-year-old was struggling with chest pains during free practice on Friday and felt ‘afraid to brake’ when under the compression of the G-forces.

“We still don’t have a clear answer,” said Norris after qualifying. “I’ve been speaking to many people but it’s not clear to anyone what the problem is. It’s not ideal obviously it wasn’t as much of a problem today but we did everything in terms of the painkillers and everything like that to try and help it.”

Norris qualified in 6th on the grid for the Styrian Grand Prix, and was demoted to 9th following a yellow flag infraction on Friday. When asked whether he was concerned about the problem arising tomorrow, Norris revealed that the chance of getting points for the team will spur him on.

“I had it yesterday and it was getting fractionally worse,” said Norris, “but it’s not something I’m worried about in terms of any sort of damage.

“It’s just bruising if anything or something inside but I’ll do the things necessary to make sure I’m comfortable and confident for the whole race tomorrow. I will probably be in some discomfort for sure, but it’s hard to know because I’ve not done a race distance [yet].

Even with his compromised running on Friday, Norris was keen carry on through the weekend and not step aside for any of McLaren’s reserve drivers Stoffel Vandoorne or Esteban Gutierrez.

“I don’t think I would ask anyone to jump in my car for me, unless it’s Zak [Brown, McLaren boss], he’s the only one who could do a better job,” joked Norris.

“I’ve been giving it my all and I’m doing my best even if I’m in a little bit of pain, or a lot of pain.

“I’m talking to my specialists; they’re the best people I know. They have my best interests at heart so I’m confident in what they say and I’m confident I can go out and go a good job tomorrow. It might just be much tougher than other places.”