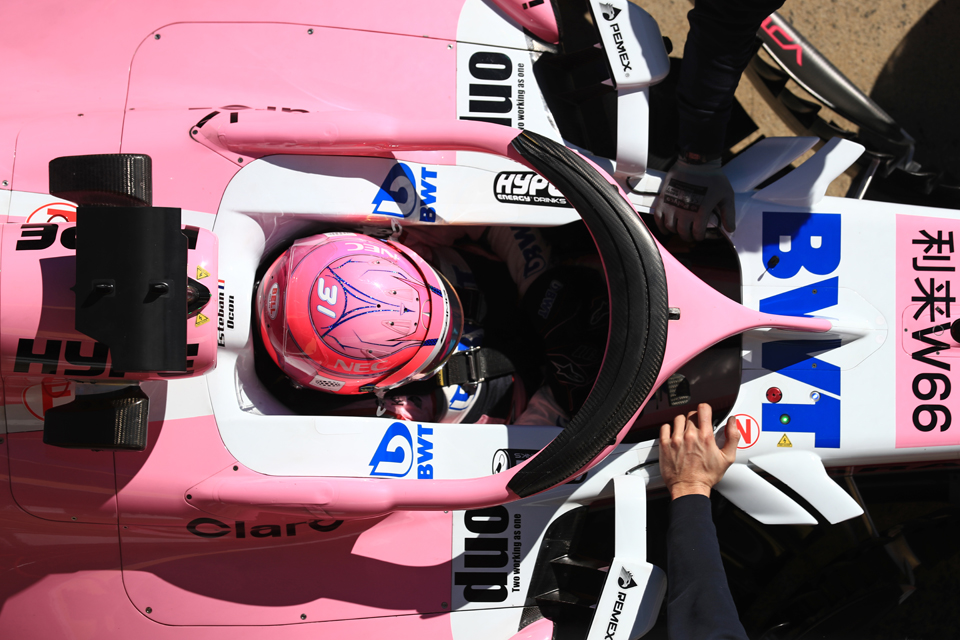 Azerbaijan Grand Prix – Following pace improvements to the VJM11, Force India’s Esteban Ocon is hoping to be able to make up for last year’s double-retirement.

Last season, Ocon’s first attempt at the Azerbaijan Grand Prix resulted in a solid sixth-place finish. However, a mid-race collision with team-mate Sergio Perez ended Force India’s chances of claiming what would have been their only podium of the season.

The podium instead went to Williams’ Lance Stroll and, looking ahead to this year’s event, Ocon is hoping Force India’s recent pace improvements will yield a strong points finish to make amends for last year’s race.

“My first race in Baku last year was pretty eventful,” said Ocon. “So much happened in the race and it was definitely a missed opportunity for us. We were competitive so I hope we can be quick again this year.

“It is a place where you can go three or four cars wide, which is insane. It’s not the sort of racing you often see in Formula One so it’s quite exciting when it happens. There are good overtaking opportunities so you can make up a lot of ground even if you’re at the back.

“Baku is definitely a great chance for us to score points. The car is improving with each race and I can see how hard everybody is working to find more performance.

“At every race this year we’ve had new items to test and it’s the same this weekend. It’s still early days in the season and if we can unlock the potential in the car I think we can be up there fighting consistently at the front of the midfield.”

Team-mate Perez added that as well as the updates to the car, the demand for a strong power unit may help Force India climb back to their “normal” midfield position.

“The progress we have made since Melbourne was visible in Shanghai and I’m feeling happier with the balance of the car now,” said Perez.

“We are catching up and getting back to our normal position. I think Baku will be interesting because it’s all about good top speed and being confident on the brakes. I love the challenge of street tracks and I really enjoy driving in Baku.”