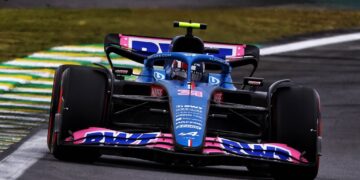 Ocon fastest in final practice before the Sprint

Ocon fastest in final practice before the Sprint 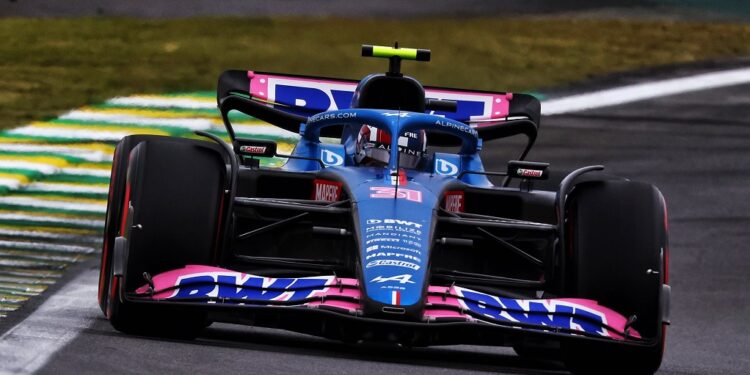 Sao Paulo Grand Prix – Esteban Ocon finished in P1 ahead of Sergio Perez and George Russell in an uneventful FP2 session ahead of this afternoon’s Sprint.

The Aston Martins of Sebastian Vettel and Lance Stroll were the first to take to the track for a dry and sunny second practice, the two then pit at the end of their out lap so it was Zhou Guanyu who put the first time on the board, a 1:17.059 on the mediums.

Given FP1 was the only session before qualifying yesterday there weren’t any rookie drivers able to take part but as FP2 is the least important session on a Sprint weekend, Logan Sargeant was out on track for Williams taking over Alex Albon’s car for the hour and looking to complete at least 100km during the session in order to pick up another point for his super licence.

After ten minutes of the session Russell was at the top of the times with a 1:14.916 on the softs, over half a second ahead of Perez in P2. Only thirteen drivers had set competitive times while neither AlphaTauri had emerged by that stage. The first yellow flag of the session was briefly shown as Nicholas Latifi locked up and did his best lawnmower impression as he went through the grass at T12.

There was no change at the top of the times until just before the half hour mark when Ocon set a 1:14.604 to put him ahead of the two Mercedes drivers. The Alpine racer held that spot for the remainder of the practice but with 15 minutes to go Perez had jumped back into P2 ahead of Russell while the other Alpine of Fernando Alonso, as well as current champion Max Verstappen, had slotted in between the two Mercedes.

As long runs were the name of the game for the session, it wasn’t the most action packed hour of F1 coverage ever so it was Ocon who ended the session fastest with Perez 0.184 seconds behind.

Russell took the chequered flag in P3 with Alonso P4 while Verstappen slotted in behind his fellow double world champion. Hamilton took P6, 0.533 seconds slower than Ocon with Pierre Gasly P7, half a second slower than the Mercedes driver ahead of him.

The two Haas cars were P8 and P9, Mick Schumacher finishing ahead of Kevin Magnussen, the two will not line up as close as that in the Spiint however with the young German at the back while his Danish teammate will line up at the front for his and Haas’ first pole. The top ten was rounded out by Lando Norris.