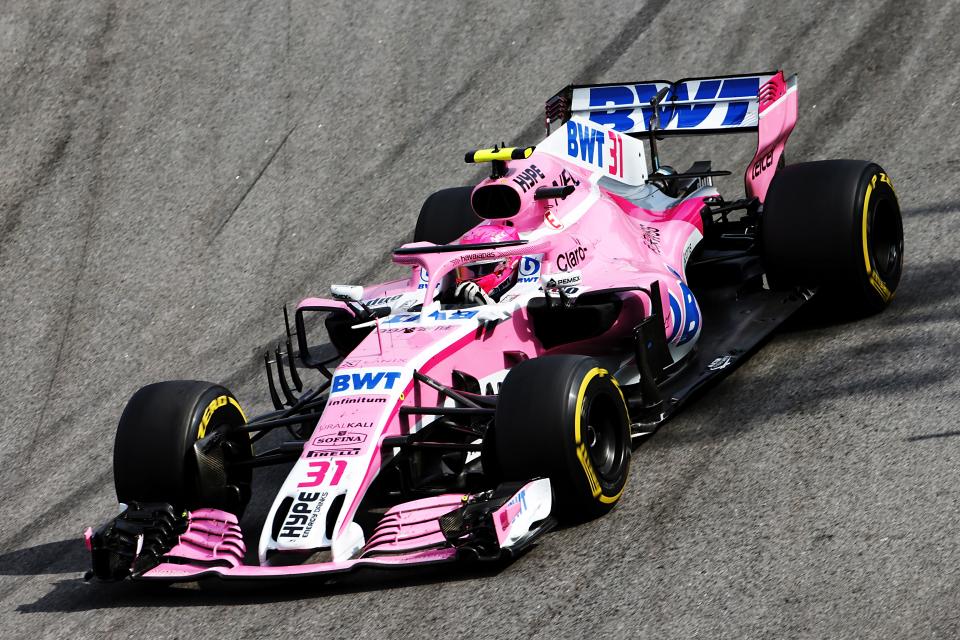 Brazilian Grand Prix – Force India’s Esteban Ocon says that he still believes Max Verstappen was fully to blame for the collision that ruined both of their races on Sunday.

Max Verstappen had been leading the race comfortably on Lap 41 when Ocon, attempting to unlap himself while using a fresh set of SuperSofts, collided with the Red Bull driver going through the Senna esses. Ocon, diving up the inside of the right hand Turn 2, hit the right rear of the Red Bull and sent both of them spinning. Verstappen lost the lead and resumed in P2, where he eventually finished, while Ocon could only manage P13 after the FIA gave him a 10 second stop/go penalty for the clash.

“It’s disappointing not to score when we had good pace.” Ocon said afterwards. “I had made some good overtakes throughout the race, but it all came to nothing after the contact with Max [Verstappen]. He came out of the pits, I stayed behind him for nearly two laps but I was much faster than him and the team advised me to unlap myself. I went on the outside at turn one – the same move I made on Fernando [Alonso] and on many others before, but Max didn’t give me any space. Once I was beside him I couldn’t just disappear, so we collided. But it was my corner and I had the right to the space.”

Having been physically pushed around by Verstappen in the aftermath of the race, an infraction for which the Dutch driver was given a punishment by the FIA, Ocon says the way Verstappen dealt with the issue was completely wrong:

“I was saddened by his behaviour after the race: he was very aggressive and the guys from the FIA had to intervene. That’s not the way to handle these things.”

“I respect the FIA’s decision [regarding the penalty[ but just to be clear, if you are faster you are allowed to unlap yourself. I overtook 7 times into turn 2 this race it was always tight, but always fair..”