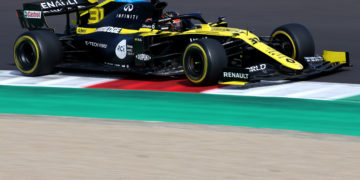 Ocon ‘went a bit over the limit’ with final Q3 run

Ocon ‘went a bit over the limit’ with final Q3 run 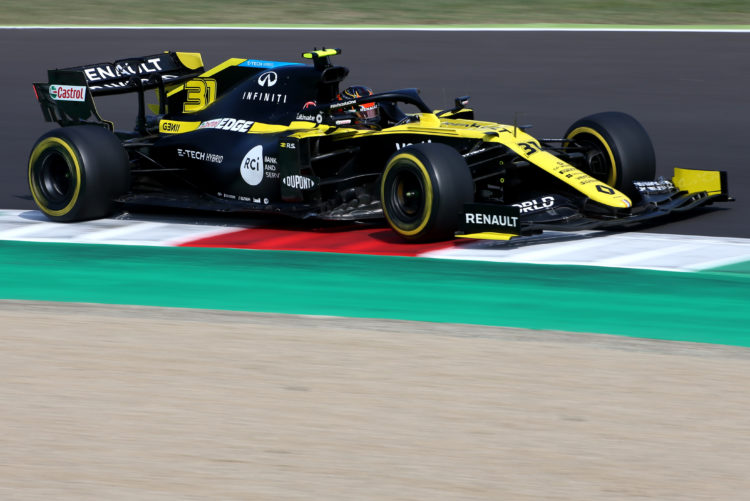 Tuscan Grand Prix – Renault’s Esteban Ocon says his Q3 mistake was caused by just going a little bit over the limit as he chased more laptime.

Renault’s Esteban Ocon will start Sunday’s race at Mugello from P10 on the grid, having failed to put in a time in the final part of qualifying. The French driver had come out on track to do his one and only qualifying run, but made an error into Turn 3 that sent him into the gravel.

The incident brought out the yellow flags, ruining the final runs for several drivers right at the end of Q3. Explaining the incident afterwards, Ocon said he had just been pushing too hard as he knew it was his only chance at a laptime in the session.

“Unfortunately, I lost the car on my Q3 run and couldn’t put in a lap time.” Ocon explained. “It was one of those times when you push the limits more and more throughout the session and that one was just a bit over. It’s a shame as we showed good pace and we could have qualified a lot further up. The car was good today and the team did a really solid job, especially the step between FP3 and Qualifying. We’re in a position to score points tomorrow and I know we have the ability to grab some.”

Daniel Ricciardo was able to place P8 on his first run in Q3, but missed out on the chance to improve on this because of the yellow flags for Ocon. The Australian said he thinks P5 was possible had he been able to do his lap.

“We showed pretty good pace today, so it’s a shame not to maximise it.” said Ricciardo. “We’re still in a good position to score points for the race. I was happy with the session, especially with Q2, where I put in a good lap and saved two sets for Q3. My first run in Q3 wasn’t the best, I lost the rear and it was a bit messy and there was certainly more to come on the second set. Unfortunately, with Esteban’s spin and the yellow flag, I couldn’t improve my lap time.”

“Looking at the result, there was potential for fifth with a clean lap. There will be a lot going on tomorrow and I think there will be a good battle for the top five and hopefully it’s a fun one.” Ricciardo concluded.