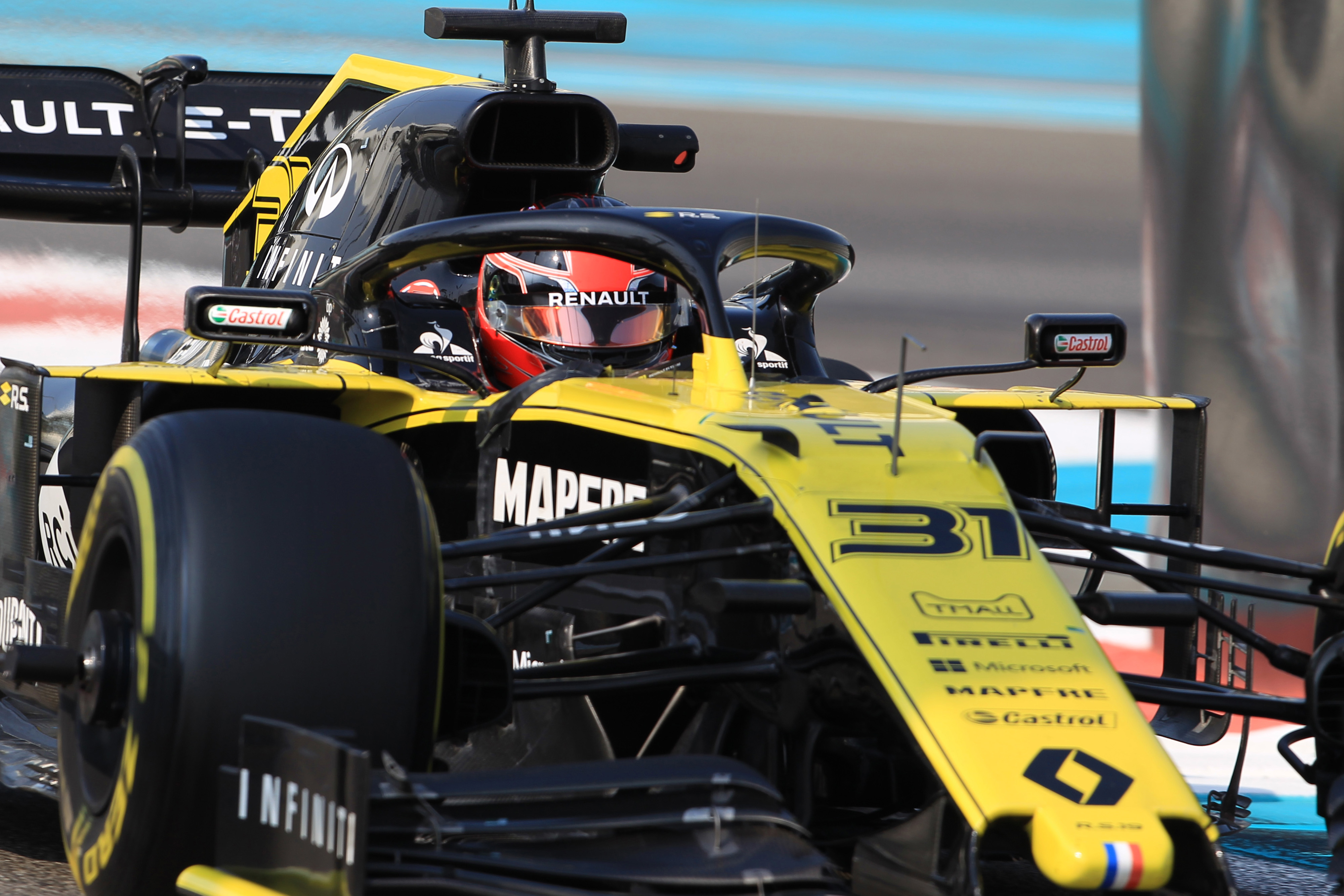 Esteban Ocon officially returned to Formula 1 active duty on Tuesday, as he tested for Renault as part of the Pirelli tyre test.

Esteban Ocon, having sat out 2018 after losing his Force India/Racing Point seat to Lance Stroll, returned to Formula 1 as a race driver again as he took part in the Pirelli tyre test at Abu Dhabi’s Yas Marina Circuit.

Ocon, who takes over from the outgoing Nico Hulkenberg, was released by Mercedes early in order to allow the Frenchman to join his new team. However, as he remains under Mercedes contract until the end of the calendar year, Ocon used overalls and a helmet without any sponsors showing.

Acclimatising to his new surroundings, Ocon put in 77 laps over the course of the day with a best time of 1:39.962. This placed him in P8 on the timesheets, having used the 2020 prototype C4 compound to set his best time some 2.8 seconds off the fastest time set by Valtteri Bottas.

“It was a very exciting first day with Renault.” said Ocon afterwards. “I started to see how the R.S.19 behaves and I was getting closer and closer to the limit as the laps progressed. It was a great feeling being back behind the wheel of a Formula 1 car. The team gave me a warm welcome. The first impressions felt good – it was also nice to experience the 2020 tyres – but there are always things to improve. We have a solid base to continue tomorrow and I’m looking forward to it.”