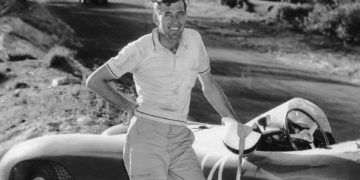 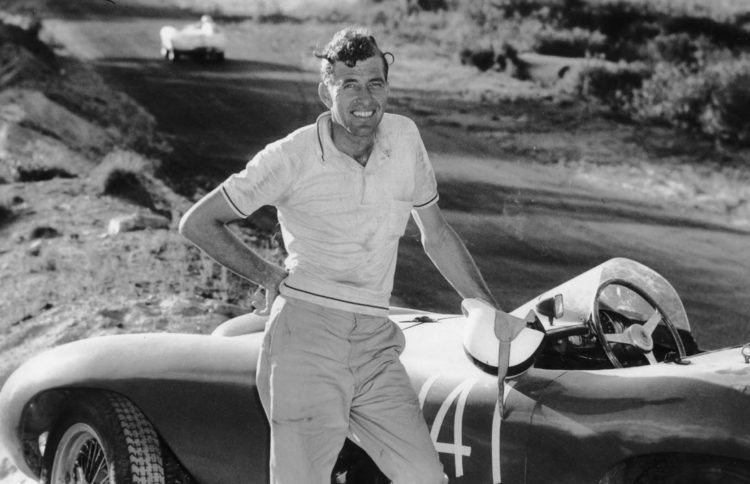 What happened On This Day in Formula 1 history? January 11th marks the birthdays of three former Grand Prix drivers…

Carroll Shelby (Born 11th January 1923) was an American Formula 1 driver, automobile designer and a former winner of the 1959 24 Hour of Le Mans Endurance Grand Prix. He made his Formula 1 debut in 1958 for Scuderia Centro Sud, competing for them in a total of 9 races that season, before switching to Temple Buell for the remaining 3 races on the calendar. The following year he drove for Aston Martin before ultimately being replaced by Frenchman Maurice Trintignant for the 1960 racing season.

He retired from professional racecar driving in 1960 due to underlying health issues, going on to achieve much success as a Constructor in collaboration with the Ford Motor Company. This is a partnership that would last many years, the greatest legacy of which is undoubtedly the Shelby Mustang.

Shelby passed away on May 10, 2012 at the age of 89. He was portrayed by Matt Damon in the 2019 film ‘Ford v. Ferrari’, which chronicles the intense 1960s rivalry between both constructors, culminating in Ford’s victory at the 1966 24 Hours of Le Mans race.

Adrian Sutil (Born 11th of January 1983) is a German racecar driver, best known for his seven season tenure in Formula 1. Over the course of his professional career, Sutil has competed for various F1 teams such as Spyker (2006/2007), Force India (2008-2011, 2013) and Sauber (2014). He was also appointed as a reserve driver for Williams during the 2015 season, after Valtteri Bottas suffered an injury at the season-opening Australian Grand Prix.

Sutil contested a total of 128 races, has 1 fastest lap and 124 career points to his name. His final race appearance was driving for Sauber at the 2014 Abu Dhabi Grand Prix where he finished in P16, just behind teammate Esteban Gutiérrez.

Kazuki Nakajima (born January 11, 1985) is a Japanese racing car driver. He is the son of former Formula 1 driver Satoru Nakajima, who was active in the sport between the years 1987 and 1991, racing for both the Lotus and Tyrell teams respectively.

Born in Okazaki, Nakajima Jr. began competing in single-seater racing in 2003, going on to win that year’s Formula Toyota championship. In 2004 he obtained a seat driving for manufacturer TOM’S in Japanese Formula 3, winning two races in his inaugural season and placing fifth in the driver standings overall. He again competed for TOM’S in the 2005 F3 championship season, finishing in second place after narrowly losing out to teammate João Paulo de Oliveira, 209 points to 272.

Nakajima moved to Europe in 2006 to drive for Manor Motorsport in the Formula 3 Euro Series; at this time he also completed Formula 1 test drives for Williams. After the sudden resignation of Williams driver Alexander Wurz prior to the last race of the 2007 season, Nakajima made his Formula 1 debut at the Brazilian Grand Prix, finishing in 10th place.

Nakajima went on to drive for Williams again in the 2008 Formula 1 World Championship, achieving his best ever F1 result in the opening race in Australia (P6). He finished the 2008 season in 15th place, coming in 2 places behind teammate Nico Rosberg. Nakajima was retained by Williams for the 2009 season, however, he failed to score points and slid to 20th place overall in the drivers’ world championship. He was left without a seat after Williams signed Rubens Barrichello and Nico Hulkenberg for the 2010 season.

Post Formula 1, Nakajima went on to compete in Japanese Super Formula (formerly Formula Nippon) between 2011 and 2016, winning the title in both 2012 and 2014. He made his Le Mans debut in 2012, but did not complete the race after crashing into a competitor and causing significant damage to both cars.

In 2018 Nakajima won the Le Mans 24 Hours race, alongside Fernando Alonso and Sébastian Buemi. The three then went on to achieve a repeat victory in 2019, simultaneously clinching them the 2018–19 FIA World Endurance Championship.