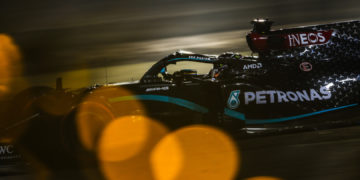 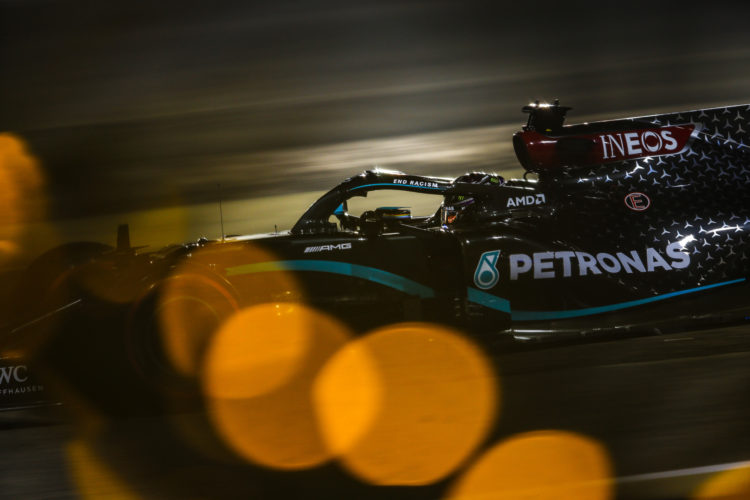 With January drawing to a close, Lewis Hamilton still remains a free agent for 2021. What could be causing the delay with a new Mercedes contract?

Formula 1 is starting to show some signs of awakening from its winter slumber, even if the first Grand Prix of the year is still some two months away. Astonishingly, even at this late stage, there’s still no confirmation of Lewis Hamilton continuing with Mercedes for another season. The reigning World Champion’s deal with Merc concluded at the end of 2020, and there appears to be something causing a hold up in a formal continuation of the agreement between the two parties.

But what could that be? Success remains almost certainly a given for both sides, given the relatively stable regulations for another season – the last in the current regulation cycle. There’s no particular personnel changes, or technical breakthroughs that are likely to be of concern for Hamilton. Also, with Valtteri Bottas pretty much tucked away in Lewis’ back pocket at this stage, only a very very brave man would bet against Hamilton wrapping up a record eighth Driver’s Championship in 2021.

Throughout 2020, there seemed to be an air of nonchalance adopted by both Mercedes and Hamilton. Both sides kept  downplaying the significance of how quickly a contract needed to be signed. Hamilton appeared to be willing to play some mind games, making comments like ‘he didn’t even know if he’d be in Formula 1’ in 2021. All sorts of excuses were made too. First, they were concentrating on winning the constructor’s title, then the driver’s title, and then the season ended. Christmas came, then the new year…all the little possible hurdles that could prevent them from sitting down together are now past. Surely getting the contract signed is Priority Numero Uno, and fast.

Speaking to Austrian TV ORF, Toto Wolff this week said: “We’ll pull out the fountain pen one day. We have a really solid basis in our relationship, we’ve celebrated great successes together and we want to do the same in the future.”

It’s worth remembering that the same nonchalance was shown by Ferrari and Sebastian Vettel this time last year. A contract extension seemed a foregone conclusion, with Binotto saying a renewal could be ‘over dinner with a glass of wine.” In the end, Ferrari didn’t even entertain contract talks. It’s different circumstances with Hamilton, entirely, but it shows that things may not always be as amicable or easily resolved as a blase attitude suggests.

So what has changed that could be causing an impasse? The obvious moment that stands out is the Sakhir Grand Prix. Hamilton’s bout with COVID-19 came at the worst possible time for his contract negotiations, as it allowed Mercedes to see how another driver could perform in the W11 and gave them a snapshot of how things would play out, short-term, without him. George Russell stepped into the car and, with next to no preparation, performed to a similar level to how you would have expected Lewis to. The race eventually got away from Merc, through a mixture of misfortune and poor calls, but Russell didn’t put a wheel wrong while also consigning Bottas to his usual secondary role. It was eye-opening all around, and Hamilton’s desperation to get back in the car immediately for the seemingly inconsequential season finale was evident.

With Hamilton seemingly given plenty of freedom to pursue his non-racing interests like fashion and music, the obvious sticking point in negotiations is over money. The incoming budget cap does not yet include a cap on driver’s salaries and, with Hamilton now 36 and in the twilight of his career, it stands to reason that the figure he’s looking for what could be his last contract as a driver isn’t going to be a small one. Hamilton’s star power, his magnetism, the fact that his name surpasses the boundaries of his sport – these are all hugely marketable assets for Mercedes. Coupled with his ferocious on track abilities and speed, most people would argue that Hamilton is worth whatever figure he requests.

But, and there’s always a but in these situations, Merc also know that their car is of a level that the solid but unspectacular Valtteri Bottas can finish ahead of the rest of the field. Why spend an eye-watering sum to keep Hamilton in the car, when they could spend a small percentage of that sum on someone else, and still probably win both titles? It allows them to place a driver to find his feet ahead of the huge technical changes that essentially will reset the sport in 2022 and, even better, shows the world that Mercedes are winners – regardless of Lewis. Such is their advantage usually, that it seems like a relatively low-risk chance to take. However, Wolff says Russell’s performance isn’t being used as a threat: “Our long-standing partnership is not at all about making any threatening gestures.”

A crucial component has changed since Hamilton’s last contract negotiations with Merc in 2018. Back then, Merc’s parent company Daimler, with Dieter Zetsche in charge, owned 60% of the team. The rest was split between Toto Wolff and Niki Lauda – both of whom were vocal fans of Lewis. However, Daimler, now under Ola Kallenius, has significantly reduced its shareholding since then – by almost half. While the team isn’t quite a privateer entry just yet, Daimler own just 33% of the team now, with Wolff owning another 33%, and the final third now owned by new shareholder INEOS. Hamilton is thus negotiating with almost a completely different set of decision makers. Presumably, Wolff wants to keep Hamilton. But, regardless of their friendship, at any cost? It’s also not inconceivable to think that Daimler might not be willing to shell out, given their considerable step back, or for INEOS to want to make their own mark by finding a new potential driving sensation while, also, saving a lot of money.

Of course, there’s also the chance that Hamilton is the one with all the cards in this high stakes blinking contest. Back in 1993, Hamilton’s racing hero Ayrton Senna opted against signing a full contract with McLaren for 1993 after the team lost Honda power. Having considered not racing at all, Senna was convinced into a race by race contract, spurred on by the car’s potential. It would go on to be one of Senna’s strongest ever seasons, with a particularly famous dominant performance at Donington Park, even if the title eluded him. But Ayrton never did sign that deal. Such was his position of strength with the team, as they worried about their future and in need of immediate performance, that he was able to command a rumoured £1 million a race – a huge payout for what was essentially a freelance gig.

Hamilton’s social channels now show that he’s deep in pre-season training, while Merc continue to tease a Hamilton deal is imminent through cheeky social media updates. It seems almost unthinkable that Hamilton could be without a drive this year. But, as we saw in 2006 with Ferrari and Michael Schumacher – even the best can be pushed out at any moment, while still at the height of their powers. While not likely, it is still possible that Mercedes simply aren’t going to give in, knowing that they can slot Russell in. It’s possible that Hamilton is holding out for that big final driver contract, knowing that Merc won’t turn away the chance to put their name over an 8th Driver’s Championship. It’s an immense power play, with huge stakes, but there can only be one winner. At some point soon, one of the two parties is going to give in and call the other to put pen to paper. Who’s your money on?