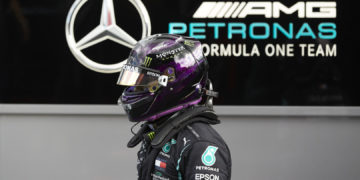 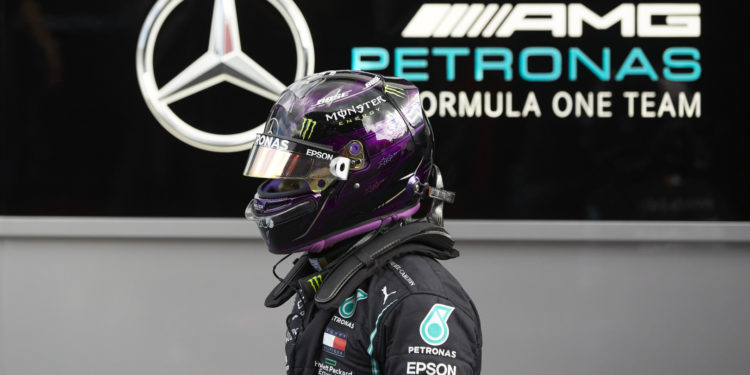 Austrian Grand Prix – Mercedes’ Lewis Hamilton has been given two penalty points for taking Alex Albon out of the race at the Red Bull Ring.

Lewis Hamilton has been given two penalty points for colliding with Red Bull’s Alex Albon while the pair were fighting over P2. Albon had pitted for fresh Soft tyres during the prior Safety Car appearance, meaning he was much quicker than Hamilton when the race resumed.

Passing the Mercedes around the outside, Hamilton clipped the right rear of Albon’s car and spun him out of the race.

Hamilton was given a five second time penalty for the incident, dropping him down to P4 as Mercedes couldn’t pull away sufficiently by the end of the race. He was also given two penalty points, bringing him to seven in total for the current twelve month period. Twelve points results in a race ban.

The stewards said: ‘Albon and Hamilton were side by side approaching the apex of turn 4. They negotiated the turn side by side, but Albon had a better exit and was in the process of passing car Hamilton.”

“Hamilton was drafting to the outside at the exit of turn 4 and consequently making contact with the rear right wheel Albon, causing Albon to spin. The Stewards determined that Hamilton is predominantly to blame for the collision.”

Albon said:“It’s still quite fresh so I’ve got to be careful what I say but there’s nothing to add apart from how frustrating that is. I really think we could have easily won that race. We had a great strategy, the guys did a great job in the pit stops, yes we had a little bit of fortune with the Safety Car, but the car was feeling good.”

“The hard tyre wasn’t very strong today and I knew the Mercedes would have cold tyres on the re-start, so I already planned to get past them within a few laps of the Safety Car coming in. I feel like I had completed the move on Lewis already, and I was thinking about getting Bottas on the next lap. The contact with Lewis was so late in the corner that it surprised me. I was right on the edge of the track and I knew if I gave him all the space I could it would be up to him if he wants to crash or not. This time I was the one on the attack and he was defending.”

Referring back to a similar clash between the pair during last season’s Brazilian Grand Prix, Albon said: “I wouldn’t say this one hurts more than Brazil but that incident was maybe 50/50 whereas this one isn’t. Obviously we’ve got next weekend to focus on now, we’ll need a bit of luck to have the same opportunity as today, but let’s see.”

Hamilton said: “I can’t believe we’ve come together again, but it really felt like a racing incident. I’ll take whatever penalty they feel I deserve and move forwards.”