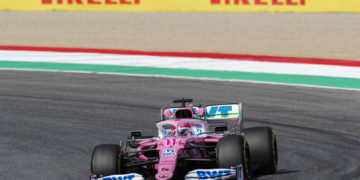 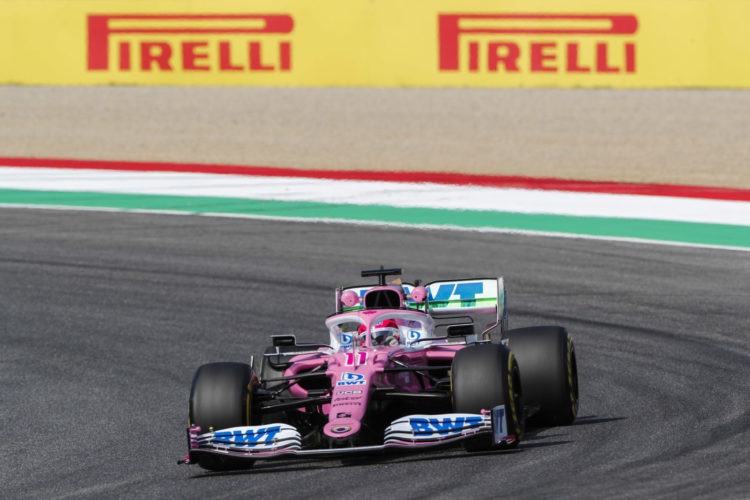 Tuscan Grand Prix – Racing Point’s Sergio Perez has been given a grid penalty of one position for clashing with Kimi Raikkonen in second practice.

Sergio Perez will take a grid penalty of one position for Sunday’s race at Mugello, after the stewards found he was to blame for the collision between his Racing Point and Alfa Romeo’s Kimi Raikkonen.

The two drivers were called before the stewards after practice after the pair clashed at Turn 1 during FP2. Raikkonen had just started a flying lap as Perez came out of the pits, with Kimi swooping across to the apex. Feeding out onto the track was Perez, who didn’t back out on time, and he tagged the Alfa’s right rear tyre. Kimi spun into the gravel, with both cars picking up minor damage. The track was red flagged to allow for debris and gravel clean-up as the two drivers came back into the pits.

“The Stewards heard from the driver of Car 11 (Sergio Perez) and team representative and have reviewed video evidence and radio transmissions.” said a statement from the stewards.

“[Perez] was warned by his team of the approach of Raikkonen and Albon as he was leaving the Pit Exit, there was a blue flag waved at him prior to Turn 1 and it was apparent that he saw Raikkonen in his mirrors.”

“Perez argued that the Pit Exit is extremely long and he had reached a high speed by the time he was passed by Raikkonen and that he was unable to take a different approach to the turn.”

“We consider there is some merit in mitigating penalty and therefore reduce the normal penalty for an offence of this type from 3 grid positions to 1, noting that a grid penalty is appropriate as Perez was exiting the pits, whereas Raikkonen was on a fast lap and
therefore Perez was wholly to blame.”