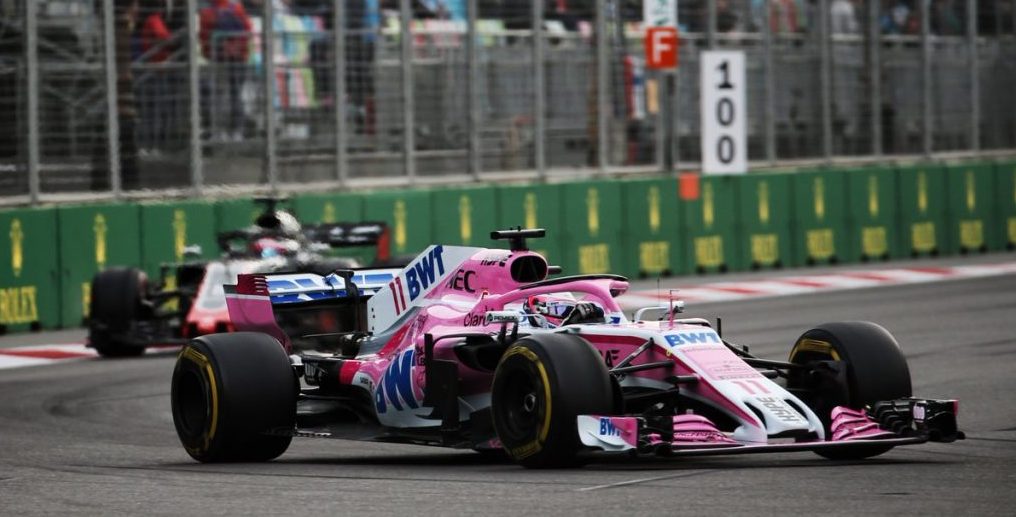 Perez had a hard fight on Sunday, due to being caught up in the first lap fracas that resulted in the retirement of his teammate Esteban Ocon. Making mild contact with Ferrari’s Kimi Raikkonen, Perez suffered front wing damage that resulted in him requiring a pitstop for repairs, coming back out on track with Soft tyres with the intention of finishing the race on them. Making use of the Safety Car on Lap 40, Perez pitted for fresh UltraSofts and came back out in P5, despite having to serve a time penalty for overtaking before the Safety Car line earlier in the race.

First in line behind the squabbling Ferraris and Mercedes on the restart with four laps to go, Perez was able to get past Sebastian Vettel down the main straight after the Ferrari driver flubbed his braking while attempting a pass for the lead, and inherited P3 when Mercedes’ Valtteri Bottas retired with a puncture seconds later. While Vettel’s pace recovered enough to re-challenge Perez for the final podium spot, the Mexican held firm to claim the position and overtake Pedro Rodriguez as the most successful Mexican F1 driver ever, in terms of points and podiums.

“I’m extremely happy. Our race was a rollercoaster. We started with an incident on the first lap when I was hit from behind by a Williams [Sirotkin]. That pushed me into Kimi [Raikkonen] and broke my front wing so I had to pit. I was at the back and then I was given a five seconds penalty. I was able to make my way through the field and when the Safety Car came out we managed to keep our position. The team did a great pit stop and I was able to serve my penalty and still come out in front of Grosjean.”

“I was looking after my tyres because we only had SuperSofts left and warming them up was very difficult. I was struggling and every corner was a lottery, but then I saw the cars in front of me were struggling too. I passed Seb [Vettel] but then he recovered and put pressure on me. I had to give it everything in the last two laps: my pace was unbelievable and I think they were the best two laps of my life. This podium means a lot to me, I am very pleased and proud for myself, my family, my team and Mexico.”