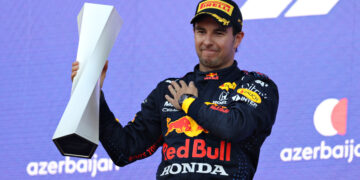 Perez: Hamilton was right on my ass

Perez: Hamilton was right on my ass

The Red Bull driver has had time to reflect on his victory and explained that he had no time to rest as World Champion Lewis Hamilton was close behind. 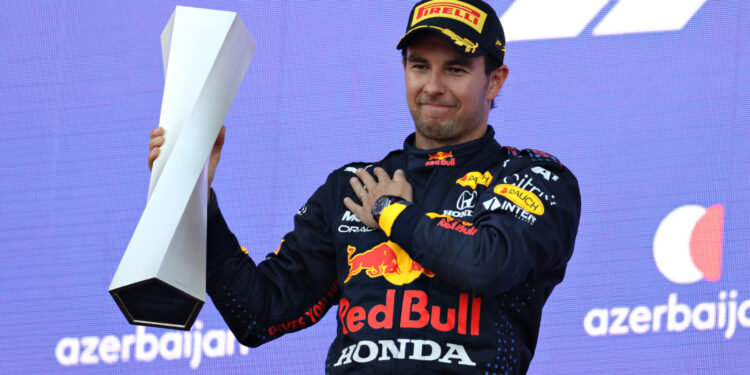 Red Bull driver Sergio Perez has reflected on his maiden victory for the team and his first since the Shakir Grand Prix last season.

The Mexican took a surprise victory last time out in Azerbaijan after capitalising on a rare mistake from seven-time World Champion Lewis Hamilton.

After the restart, which saw a two lap sprint to the finish, Perez started ahead of the Briton on the grid, but raced wheel-to-wheel with Hamilton at the start. The Mercedes driver locked up into Turn 1 leaving Perez unchallenged for the win.

However, Perez managed to keep Hamilton at bay throughout the race making excellent use of the overcut. By pitting later, Perez emerged from the pits in front of Hamilton and was able to attack with fresher tyres.

When asked about his experiences during the race, the 31-year-old explained how tricky it was to try and balance speed and his cars’ condition, as well as keep Hamilton behind.

“It was pretty hard because lap after lap, when you have a bit of fear, you are able to save your tyres, your brakes and fuel, and ultimately go a bit faster when you need to,” said Perez to RedBull.com.

“I had to be straight into it coming out of the pits with cold tyres. It meant that starting with Turn 2 I had to push all the way through to keep Lewis behind lap after lap. As soon as I got some breathing [room] for my tyres, he was right on my ass so I had to really keep pushing lap after lap.”

In sealing victory in only his sixth race for Red Bull, Perez remains coy about the rest of the season. Teammate Max Verstappen has won two races and scored on the podium at every race he’s finished. This consistency puts Verstappen at the top of the table.

Perez feels his experience will be an advantage as his sees the rest of the campaign play out until the end of the season.

“It’s only race six, it doesn’t really matter where we are now,” said Perez. “It’s about where we finish in Abu Dhabi.

“We have to keep chipping away and get there at the end, making sure we maximise our car potential. It’s such a long way to go, I’ve been in F1 for years so I know that so many things can happen.

“We just have to keep our heads down, what has happened is history and we have to look forward.”