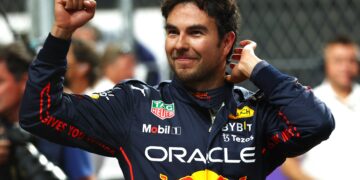 Perez: I could do 1000 more laps and not beat that one

Perez: I could do 1000 more laps and not beat that one 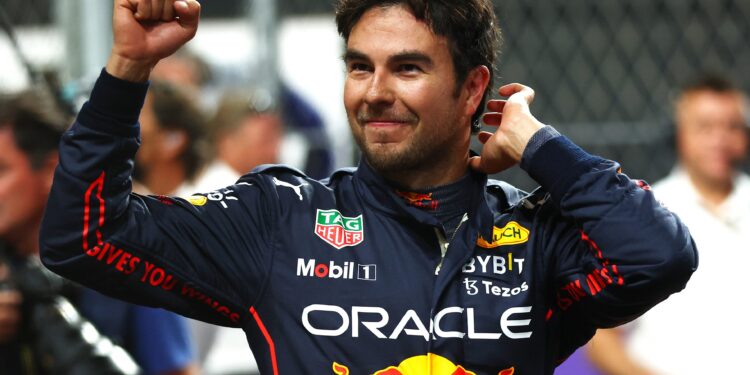 Heading into qualifying Perez wasn’t being mentioned as part of the predicted fight for pole position. It was expected to be either Charles Leclerc or Max Verstappen, and maybe Carlos Sainz putting in the best qualifying time. In the eleven years since he started in Formula 1, Perez has been stronger in races than qualifying as his Team Principal, Christian Horner, mentioned when talking to Sky F1 post-qualifying.

“Saturdays,” Horner said. “By [Perez’] own admission have never been the strongest part of his armoury. He’s always come alive on race day, so to deliver that kind of performance at this circuit, that’s great for him. It’ll do his confidence a world of good and we just need to convert that into a great result tomorrow.”

Horner called the Mexican’s debut pole lap “phenomenal” and that the 2022 car seems more suited to his style of driving.

“A phenomenal performance from him. Just so happy for him and he’s worked incredibly hard and I think the car this year is more suited to style, it’s not quite as quirky as last year’s car and he’s done a great job there.”

Perez himself was incredulous with his achievement, not only will he start his 215th Grand Prix with the best view on the grid, he is also the first Mexican to take pole in a F1 race.

“What a lap,” Perez said. “Unbelievable. I can do a thousand laps and I don’t think I can beat that lap. It was unbelievable.

“I think there is no other circuit like this. If I can get pole here, I can get pole anywhere in the world. So this is definitely the most demanding place to get the perfect lap – the level of risk, the level of precision you’ve got to have around this place is just tremendous.”

Mexican Madness at the #SaudiArabianGP 🤘 Bring on Race Day 💪 pic.twitter.com/RaFcf78e1K

The Red Bull driver said that the team had been more confident of their race pace than the single lap pace, and praised his team for staying focused after the late-race double DNF they had in Bahrain last weekend.

“I have to say, well done to the whole team,” Perez added. “It’s been a tough weekend in Bahrain, where we were so disappointed to miss both cars. But the team didn’t put their heads down and we kept pushing. We felt we were not as strong as we feel we’re going to be in the race, so it’s already a very good sign to be on pole.”

For the Grand Prix itself, the Mexican feels that it won’t be easy with the Ferraris and his teammate right behind him, but the start is key and he’s confident it will end in his favour.

“Get a good start and try to control the race from there. It’s going to be difficult because the Ferraris are going to be quick, Max is going to be there in the mix so we’ve got a long race ahead of us but I’m confident that tomorrow we can also come out on top.”