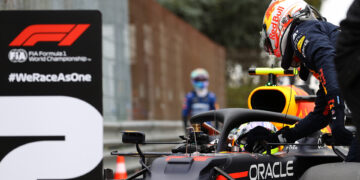 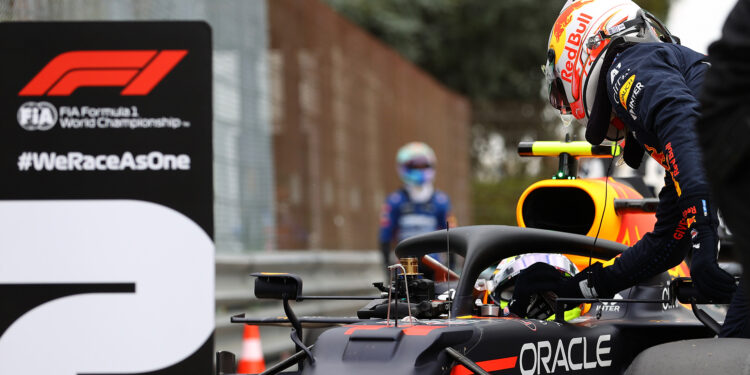 Sergio Perez starts in second place ahead of Sunday’s Emilia Romagna Grand Prix and out-qualifies his teammate Max Verstappen. However, the Mexican believes that he should be starting in pole position.

The fight for pole position heated up in the final few moments of a thrilling qualifying session. Perez and Mercedes driver Lewis Hamilton are separated by just 0.035s – the Mexican starting in second which is his career best qualifying position. However, Perez believes that had it not been for a mistake in the final corner, he would be sitting at the front of the grid.

“Enough to be on pole position,” said Perez when asked how much the mistake cost him. “I should have been on pole today; I did a mistake on my final corner. I think it’s everything positive. We just have to make sure that we keep progressing – tomorrow is what matters.”

The 31-year-old had an up and down Friday after colliding with Alpine’s Esteban Ocon on track. It was all hands on deck in the Red Bull garage to ensure that the car was repaired. Perez expressed his surprise to be as high as he is on the grid after a difficult Friday.

“First of all I have to say well done to the team,” said the Red Bull driver. “Yesterday I made a mistake and made them work hard during the day so it’s a good recovery. The most important thing is that we show progress. I never expected to be here today, you know [considering] where we were yesterday. We’ve been improving but it’s just important to be P2.”

Rookie Yuki Tsunoda crashed out in qualifying in the sister teams’ Alpha Tauri – Perez feels vindicated that he was able to out-qualify his teammate at such a trick circuit.

“If there is a place where you don’t want to come in your second race with a new team it’s probably Imola, you know, it’s one of the difficult circuits around to put a lap together; the limit. Everything is so narrow, you are millimetres all the time from the grass,” said Perez.

“So to be there. to be here in my second race, it is a pretty good step from our side, which shows definitely we are making good steps. But I think at the moment the most important is that we keep making those steps and we understand today why we were quick so that we can keep that level of consistency, just getting better.”

Perez will start tomorrows’ race on the soft compound tyres, whilst his teammate behind, and Hamilton in front will start on the mediums. Perez however doesn’t feel like that will be a disadvantage on Sunday.

“We felt as a team that the soft is nowhere near where it was last year, so it’s a good race tyre,” said the Mexican.

“I mean I think anything can happen tomorrow. We are on a different strategy to Lewis and Max, so it’s going to be interesting to see what we can do and most important, get those points, get that learning, which is the priority at the moment.”