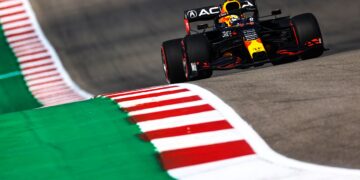 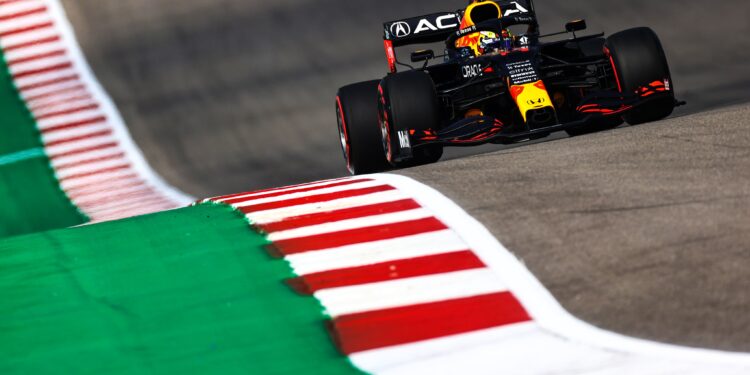 US Grand Prix – Red Bull’s Sergio Perez has set the pace in second practice ahead of the US Grand Prix.

The Mexican had an incident-free session following a clash with Haas driver Mick Schumacher in first free practice. Perez’s time of 1:34.946 was just a quarter of a second faster than second place man Lando Norris in the McLaren. Championship contender Lewis Hamilton was in third place for Mercedes.

Drivers were keen to hit the ground running with the track seeing plenty of action in the opening minutes of the session. The teams focused on installation runs with the majority opting for a few laps on the medium and hard compound tyres.

There was a moment of excitement early in the session when Hamilton and Verstappen got wheel-to-wheel as the pair battled into Turn 1. Hamilton managed to get in front with the Red Bull driver exclaiming “idiot” over the team radio.

At the half way point, the drivers switched to the soft compound tyres with Aston Martin’s Lance Stroll shooting up to second place.

With a packed track, drivers found it difficult to get a respective laptime in. Red Bull’s Verstappen found it particularly frustrating and returned to the pits at the 35 minute mark, sitting down in eighth.

In the closing moments of the session, Alpine’s Fernando Alonso had an off in the final sector of the lap. The Spaniard took a snap of oversteer in Turn 19 and hit the barriers and damaged the left endplate of his rear wing. Alonso was able to get back to the pits.

Mercedes’ Valtteri Bottas, who set the benchmark in first free practice, was in fourth place, just half a tenth off his teammate. Daniel Ricciardo was in fifth in the other McLaren, some three tenths off his teammate.

Stroll set the sixth fastest time for Aston Martin, ahead of Ferrari’s Charles Leclerc. Max Verstappen, who couldn’t get a clean lap in, put his Red Bull in eighth place.

Carlos Sainz set the ninth fastest time in the other Ferrari, and three tenths off his teammate. Antonio Gionvinazzi in the Alfa Romeo rounded out the top ten.