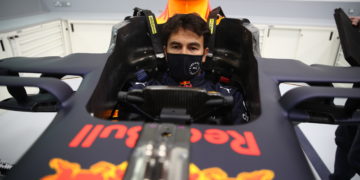 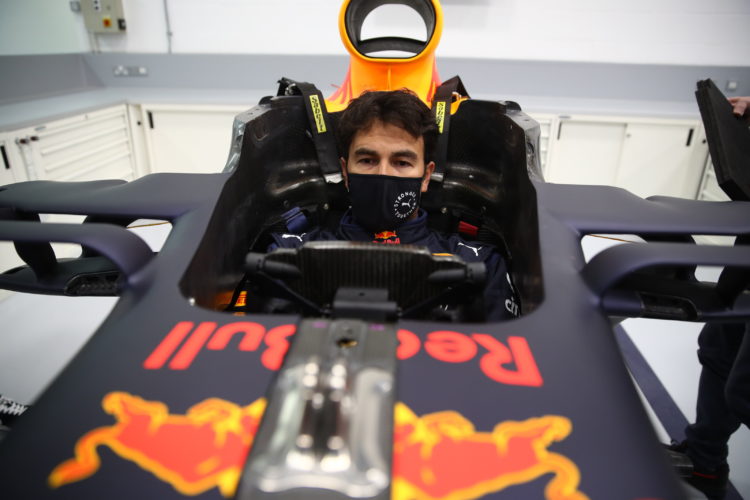 Sergio Perez has vowed to ‘overdeliver’ in his maiden season with Red Bull, as he says he feels like ‘a dog with a new family’. Sergio Perez was signed as a replacement for the underachieving Alex Albon for 2021, after the Mexican became a free agent on the driver market as Racing Point signed Sebastian Vettel.

Perez has had his first day with Red Bull at Milton Keynes, meeting with his new engineers and finding his feet at the factory.

“I’ve been waiting all my career to get an opportunity with a top team.” It finally came, and at the right moment for me. I’m looking forward to making it work, to work with engineers and Max [Verstappen] to push the team forward. A great challenge and can’t wait to get on track.”

Having driven for the Racing Point/Force India team for so long, Perez was asked about his initial impressions of the Red Bull team – proven winners of races and championships.

“It’s amazing to be part of Red Bull.” Perez said. “When you come here, you know why they’ve been so successful. Infrastructure, development, and people. Very capable people here. Very different to the teams I’ve worked for. Their organisation is tremendously high and the resources are very impressive. I’ve been seven years with a team so it feels a bit different. It’s like a dog finding a new family. You’re used to a family and then you’re changing, but I’m feeling very comfortable. Fantastic team, very united.”

Perez is signed for just a single season, with internal pressure likely to be quite high as Yuki Tsunoda’s form is closely monitored by Helmut Marko. The Japanese driver steps up to F1 with Alpha Tauri this season, and is highly rated internally at Red Bull and Honda.

With Perez being an ‘outsider’, having not been part of the Red Bull programme, it’s likely that a substandard year will mean he doesn’t get another chance in 2022. But, considering his experience and years of wisdom, Perez says he’s only planning on overachieving during this season: “I have to go onto the next step in all aspects and I think I’m ready for it. The only thing I was lacking was the opportunity. Now I have it, it’s up to me to make it work.”

“I hope we’re going to have a really good season and it’s the only way I can repay Mr Mateschitz, Dr Marko, Christian, Adrian and all the team,”

I can bring a lot of experience, knowledge. I’ve been in the sport with different teams in different eras. I know what I need from myself and how I can push the team forward. There’s already some good ideas we’ve shared that can bring some performance on track.”

As for getting actual track time in the 2021 Red Bull before the season starts, Perez says he’s not concerned by the prospect of only getting a day and a half in the car due to the short pre-season test: “It is what it is – the same for everyone. Lots of drivers are changing teams this year, so it’ll be interesting to see who adjusts the fastest.”