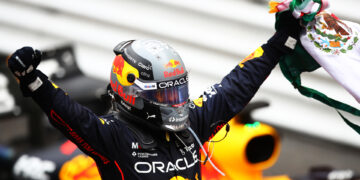 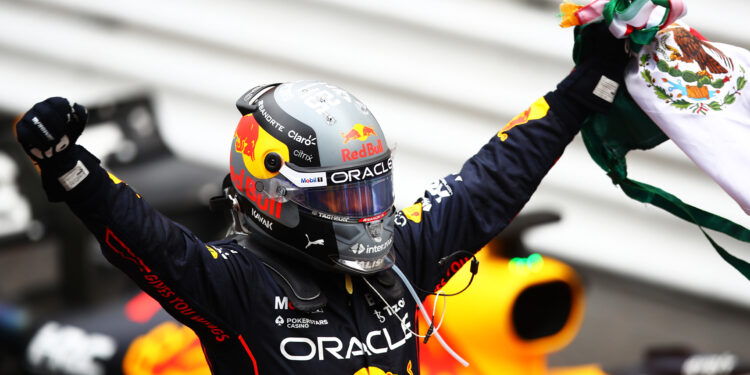 Monaco Grand Prix – After crashing in qualifying yesterday, Sergio Perez thanked his team in the best possible way by winning the race today.

Starting from P3, Perez was the first of the top runners to head to the pits to change from the full wet tyres to the intermediates, and made the most of the undercut when Max Verstappen and Charles Leclerc headed to the pits for their tyre changes. That left the Mexican in P2, behind Carlos Sainz, but as the Ferrari driver was still to pit, Perez was effectively in the lead from that point on.

Once Sainz pitted, on lap 21, the Red Bull took the lead on track and despite more Safety Car and red flag disruptions, the race was Perez’ to lose and even with the Ferrari piling the pressure on at the end, the Mexican held out to take his third Formula 1 win.

“It’s a dream come true,” Perez said afterwards. “As a driver you dream of winning here. After your home race I think there is no other more special weekend to win so to the way that we did it, you know we just made it a bit harder for ourselves there at the end. But it was just, with the graining I had to not make any mistake, bring it home but keeping Carlos behind wasn’t easy.”

After his crash at the end of qualifying left a lot of work for his mechanics to do overnight, Perez thanked them for all their efforts in the best possible way.

“Thank you guys, thank you so much to everyone,” Perez said over the radio after winning. “So happy to be part of this team. Well done guys, well done to everyone. Amazing weekend, we just made it a bit harder in the end. Sorry for yesterday guys, I said I will give you lots of champagne today.”

As well as being delighted to tick Monaco off his driving career wishlist, Perez said that the day was not only important to him but he had also been wearing tribute helmet for Pedro Rodriguez, one of the Rodriguez brothers that the Mexican circuit is named for, and aside from Perez, the only other Mexican to take victories or podiums in F1.

“It’s a super day for myself. To look back and think that I’ve won Monaco, it’s super special to tick that box in my career and it’s a massive day for myself and for my country. I was wearing Pedro Rodriguez’ helmet today so I’m sure he will be super proud of what we have achieved, both of us, in the sport.”

Mexico meets Monaco 🤝 Over to @SChecoPerez to explain his retro helmet for the #MonacoGP 🇲🇨 pic.twitter.com/ghA222zZeh