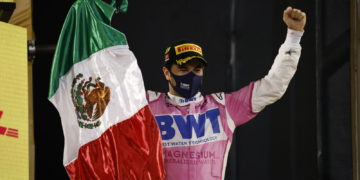 Perez: Not always the best drivers are in Formula 1

Perez: Not always the best drivers are in Formula 1 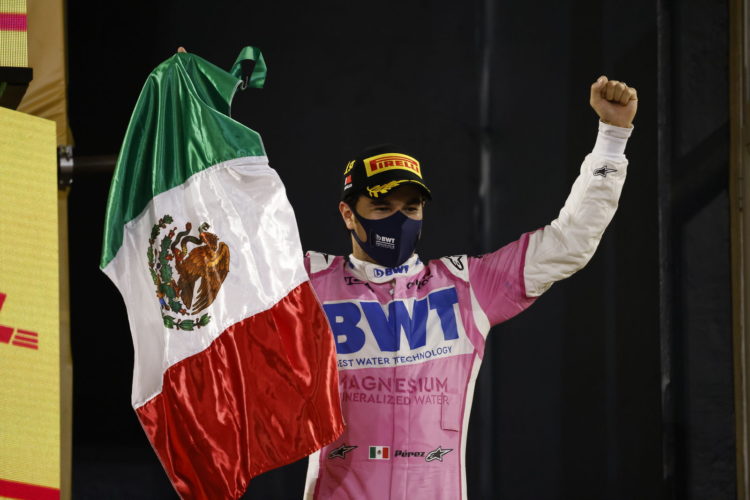 Sakhir Grand Prix – Sergio Perez, now a Grand Prix winner, says that the nature of Formula 1’s politics means that it’s not always the best drivers racing in the sport.

Sergio Perez became Formula 1’s most recent new race winner last Sunday, after winning the Sakhir Grand Prix. Capitalising on mistakes made by the Mercedes team, Perez recovered from a first lap spin he was hit into by Charles Leclerc to cross the line ten seconds clear of Renault’s Esteban Ocon.

Perez is staring down the barrel of unemployment in just a week’s time when the season comes to an end. The Mexican driver was bought out of his existing Racing Point contract a few months ago, in order to allow the team to bring in Sebastian Vettel after the German driver himself was ousted from Ferrari.

While Racing Point’s other driver Lance Stroll has been the weaker performer between the pair this season, it was always likely to be Perez pushed out once the team decided to bring in Vettel. Lawrence Stroll, owner of the team, is father of Lance – meaning him getting rid of his own son was never particularly likely to happen.

Options have run out fast for Perez for 2021, with his hopes solely resting with Red Bull Racing. They’re yet to decide on whether to retain Alex Albon or hire externally, although the Sakhir race might just sway them in his favour. With Verstappen knocked out of the race, Albon had the opportunity to shine as their sole driver. Instead, he crossed the line a pretty anonymous P6, while Perez romped his way to victory from last position.

However, it’s not guaranteed, and Perez says he can do no more than he has already: “It [the win] just makes me a bit more peaceful with myself to be honest. What happens is not so much in my hands at the moment. But I know and I want to keep going, but if I’m not on the grid next year I will be back in ’22.”

Perez explained that the option of sitting out the year was there to give him the chance to see if he really wanted to continue, but that his main priority is to find a seat: “I’ve always said about ’22 there was a race, taking a year out at this stage of my career that I am. I never know what’s going to happen, if I will have the will to come back for doing that, bad year I decide to stop but after today, after the last couple of races, I’m sort of determined to be here, either if it’s next year or the year after. I already have some good options for ’22 so my best option is obviously to keep going on next year but if I have to stop, then it’s not a disaster, I can come back in ’22. The regulations are going to change so much that in a way, I don’t think it will hurt that much the driving side, to get up to speed. I’m at peace with myself, you know.”

Sitting beside Esteban Ocon in the press conference, a podium finisher who returned to F1 this year after a season out in 2019 after also being pushed out of Racing Point, Perez said the politics of the sport mean that it’s not always the best drivers racing in F1: “I think Esteban mentioned that drivers like him missing out on seats, so it’s just the way Formula 1 is, it can be really tough and not the best drivers are in Formula 1 unfortunately. So we keep pushing and we keep delivering and I think that’s the best way to do it.”