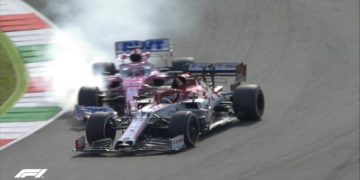 Perez & Raikkonen summoned before the stewards

Perez & Raikkonen summoned before the stewards 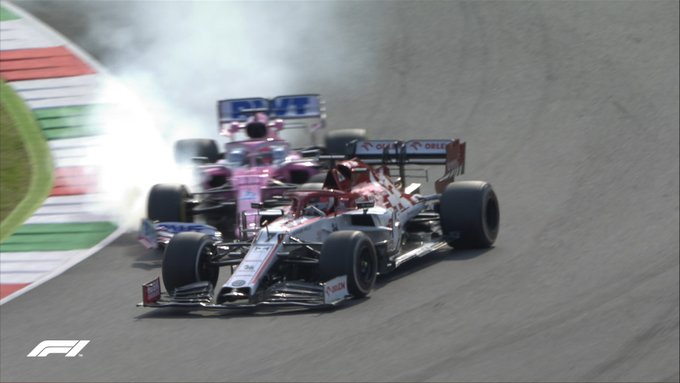 Both drivers will visit the stewards after the second practice session at Mugello, following an on-track incident between the pair.

Raikkonen was on a flying lap and turning into Turn 1 at the same time that Perez was coming out of the pitlane, which feeds its way into the apex of the first corner.

With Raikkonen committed and swooping into the corner, Perez appeared to be unaware of the Finn’s presence and continued to encroach onto the racing line. Raikkonen’s right rear wheel was tagged by the Racing Point’s front left, with Perez’ car picking up some damage. Kimi spun into the gravel. He was able to drive out and back to the pits, scattering gravel everywhere as the session was red flagged to clean up the mess.

The stewards announced immediately they will investigate the incident, with both drivers summoned before them.

Speaking on Sky Sports F1, Johnny Herbert said that had he been a steward this weekend as he was at the Belgian Grand Prix, Perez would pick up a grid penalty for the collision. According to Herbert, who does act as an FIA steward at select events, he said that: “While not directly his fault, the team should have kept Perez informed of where the other cars are.”