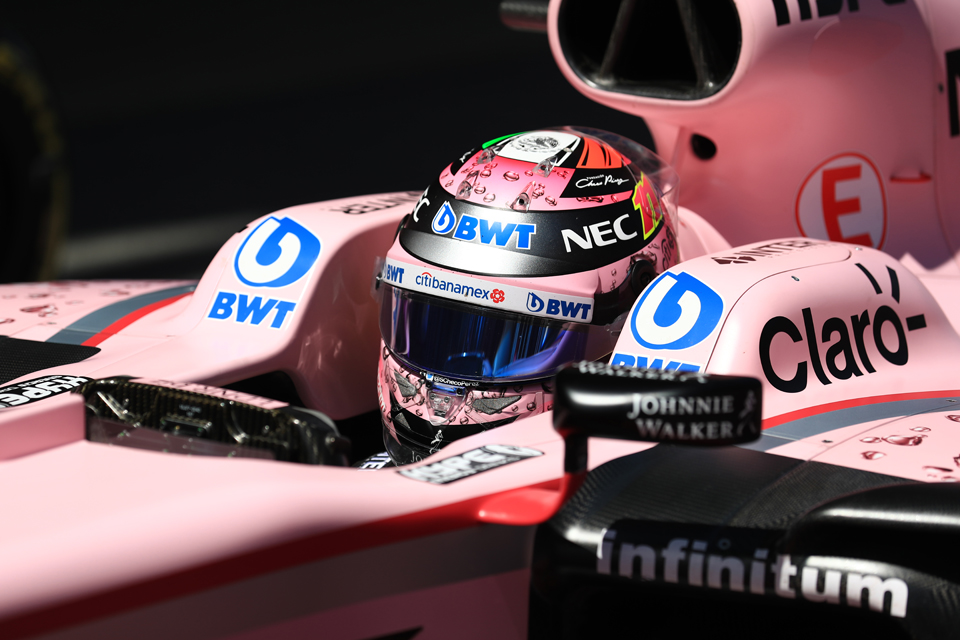 Azerbaijan Grand Prix – Force India’s Sergio Perez regretted not being able to fight for a podium position in the chaotic race in Baku.

Both Perez and team-mate Esteban Ocon were challenging for the top three at the time of the second safety car restart. However, after a bad restart from Perez, the pair were racing against each other into turn two.

The pair collided on the exit of the corner, damaging both Force India’s and dropping them down the order.

The pair were racing against eventual race-winner Daniel Ricciardo and Lance Stroll at the time, meaning a podium – or even a race win – was a possibility.

“It’s a shame to retire from a race like this because I think we would have been in a position to win the race,” said Perez.

“I couldn’t do anything to avoid the accident and it’s particularly bad for our team because it ruined the races of both of us on a day in which other teams have scored big points.

“We will need to discuss the situation within the team and make sure something like this does not happen again. As drivers, we are just part of a much bigger team and we have a responsibility to do our best to bring home a good result, especially considering what would have been possible today.

“Before the incident, it had been a great race and a strong weekend. My start was very good and I was fighting for second place on merit, but we were really unlucky at the Safety Car restart.

“Even after the crash, the team did a great job to get the car back together and allow me to resume the race. Even then, the seat broke and the team retired the car on safety grounds. It shows how unlucky this weekend turned out to be.”