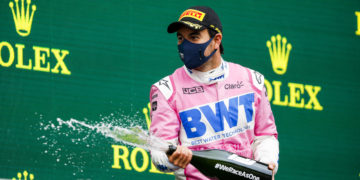 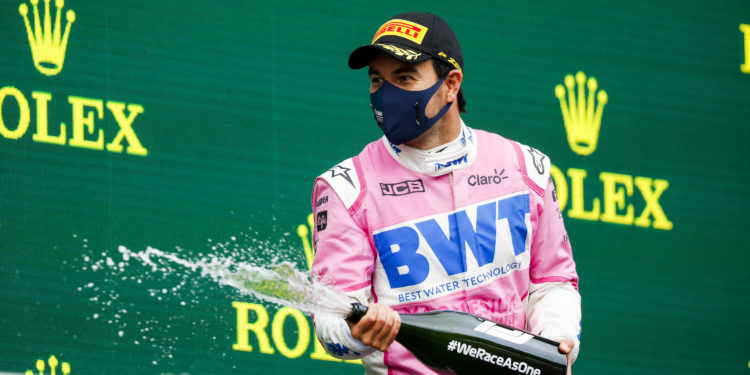 Turkish Grand Prix – Sergio Perez demanded everything from his intermediate tyres on his way to secure his first podium of the season.

Starting third, Perez took advantage of Max Verstappen’s slow get away to snatch second right at the start and looked comfortable in the position until he had to fight off Charles Leclerc on the final lap of the race.

Like Lewis Hamilton did, Perez only stopped once during the race, to swap from full wets to intermediate tyres. The Mexican then had to look after those tyres for the remaining 48 laps and by the end had to contend with massive vibrations from the tyres. The vibrations though were a small price to pay to avoid a repeat of Imola where a late pitstop cost Perez his first podium of the season.

Speaking after the race Perez said: “I told my team on the radio “I think one more lap on those tyres and I think they would have exploded.” The vibrations were extremely bad towards the end. But I think it also made our race, because looking after them in the beginning and towards the end with drying conditions.

“I think the team did a fantastic job in terms of strategy in the race. We’ve come close to a podium several times this year, so it’s great to enjoy the moment now with the team.”

Those vibrations weren’t the only factor the Mexican had to deal with, as his mirrors were so fogged up that he had to rely on his engineer updating him on how close cars were.

“With Max [Verstappen] I couldn’t see anything on my mirrors, my mirrors were full of fog so my engineer was basically telling me the gaps and so on. And then all of a sudden I saw Max running wide and he disappeared.

“And then the other one was with Charles [Leclerc]. I wasn’t aware that he was so close to me, so in the final lap it was a pretty good battle with him. He overtook me into turn 9 and then I overtook him back into 11. It was a chaotic race but a strong result for us.”

Despite Racing Point having a 1-2 for over half the race, Perez believes that second was the best they could hope for given the form Hamilton was in.

“Lewis [Hamilton] was on another level today and, once he got by me, he controlled the race. So, second was the best we could achieve and we did a great job to keep the Red Bulls and Ferraris behind.”

Speaking of his future prospects for staying in the sport, Perez said the result is important but other than continuing to deliver on track, everything else isn’t up to him.

“I think as always, you have to be delivering weekend after weekend. You are as good as your last race so it’s important to finish on a high, and the rest is out of my hands.”