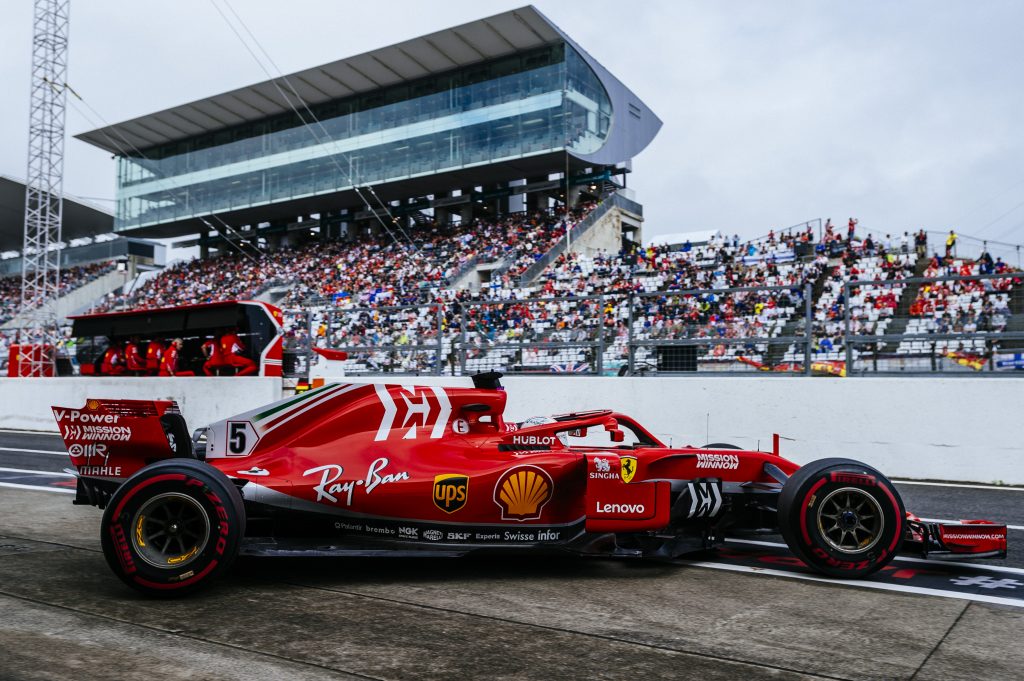 The parent company behind Ferrari’s controversial ‘Mission Winnow’ sponsor say that they are confident they are not in breach of any advertising legislation.

‘Mission Winnow’ are now the title sponsor of the Scuderia Ferrari team, having been announced at last season’s Japanese Grand Prix. It’s no-one new for Ferrari, however, as ‘Mission Winnow’ is an initiative of the Philip Morris brand, which owns the Marlboro cigarette brand that sponsored Ferrari for over two decades as a title sponsor.

However, with global regulations governing cigarette advertising closing that particular cash source, Ferrari became the only F1 team with backing from the tobacco industry without actually running any Marlboro logos. Instead, a barcode design appeared on the 2007-2009 cars as a subliminal callback to the logo, but that too was stamped out a decade ago.

For 2019, the intention is for Ferrari to run with the ‘Mission Winnow’ logo, with the company an initiative rather than a product. The website for MW suggests that its purpose is to help find solutions to create a smoke-free world: “Mission Winnow has a simple goal: drive change by constantly searching for better ways of doing things. From world-leading engineers and scientists to cutting-edge creatives, the people at PMI, and our partners at Scuderia Ferrari and Ducati, have the know-how to challenge the status quo, drive revolutionary change and to be champions.”

The Australian government have taken an interest in the supposed workaround of tobacco advertising regulations and are investigating whether their new brand is legally able to be shown on the Ferraris.

The Philip Morris company aren’t concerned by the investigation, and believe Mission Winnow is perfectly legal to advertise. In a statement to FormulaSpy, a spokesperson said:

“We are aware that there are ongoing discussions related to Mission Winnow in Australia and we are currently working with the Australian Grand Prix organizers to understand and respond to any concerns the authorities may have.

Mission Winnow does not advertise or promote any PMI-branded products. Instead, it highlights our commitment to strive for better in everything we do. Mission Winnow provides a window into the new PMI and our partners, as well as our shared commitment and drive to constantly improve and evolve.

Our Mission Winnow initiative, including the signage used on the Scuderia Ferrari livery and our website, complies with the relevant laws that apply to our activities in Australia and the state of Victoria.”