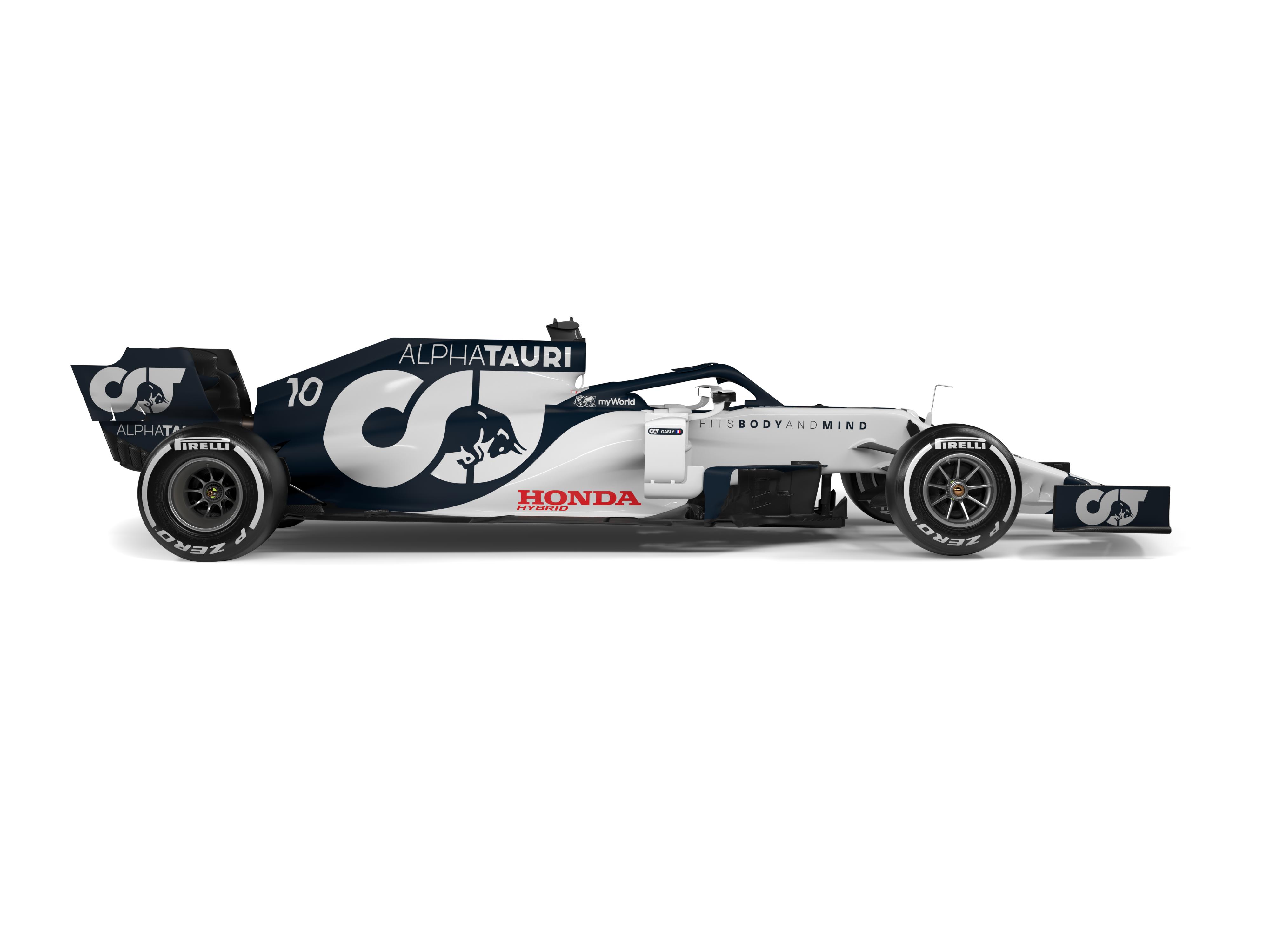 Pictures: Alpha Tauri’s new look for the AT01

Pictures: Alpha Tauri’s new look for the AT01

Alpha Tauri, the former Toro Rosso team, have revealed their striking new livery for the AT01 at a launch event at Red Bull’s Hangar 7 facility.

Alpha Tauri have been formally launched at a presentation event in Austria. Taking place at the Hangar 7 facility belonging to Red Bull, the presentation ceremony marked the formal rebranding for the former Toro Rosso team.

Red Bull have made the decision to rebrand the team to Alpha Tauri in order to help promote their new clothing line, which they are aiming to expand. This meant that media and fans were treated to a lengthy showcase of the current clothing line, with models showing off the clothes range as part of the presentation ceremony.

The Honda-powered Alpha Tauri AT01 will make its track debut on Saturday at Misano, where Daniil Kvyat will shake down the new car.

With the team entering their third year together with Honda, Toyoharu Tanabe from the Japanese company said:

“2020 is our third consecutive season with this team and we are very much looking forward to it. Ever since we first began working together, back in the winter of 2017, it was immediately obvious to all of us at Honda that we were dealing with an organisation that was keen to share everything with us and even to understand the Japanese way of working.”

“It is a true partnership and right from the 2018 season, it began to deliver results. Last year, in its final season as Toro Rosso, it had its best result for over a decade, the highlights being the third and second place in Germany and Brazil respectively.”

Daniil Kvyat is staying with Toro Rosso for another year after returning to F1 last season, and says he’s aiming to improve his own personal level in 2020: “You can always improve yourself, so I’ll keep working on that and my personal improvement as a driver, try to get as many good finishes for the team in order to help secure a good position in the championship.”

“2019 was a good year for me, with ten top-10 finishes and a podium finish in Hockenheim, so it’s definitely a year to remember, but there’s obviously room for improvement. I wouldn’t say I’ve set myself any specific targets for this year, I want to keep doing what I was doing, but better.”