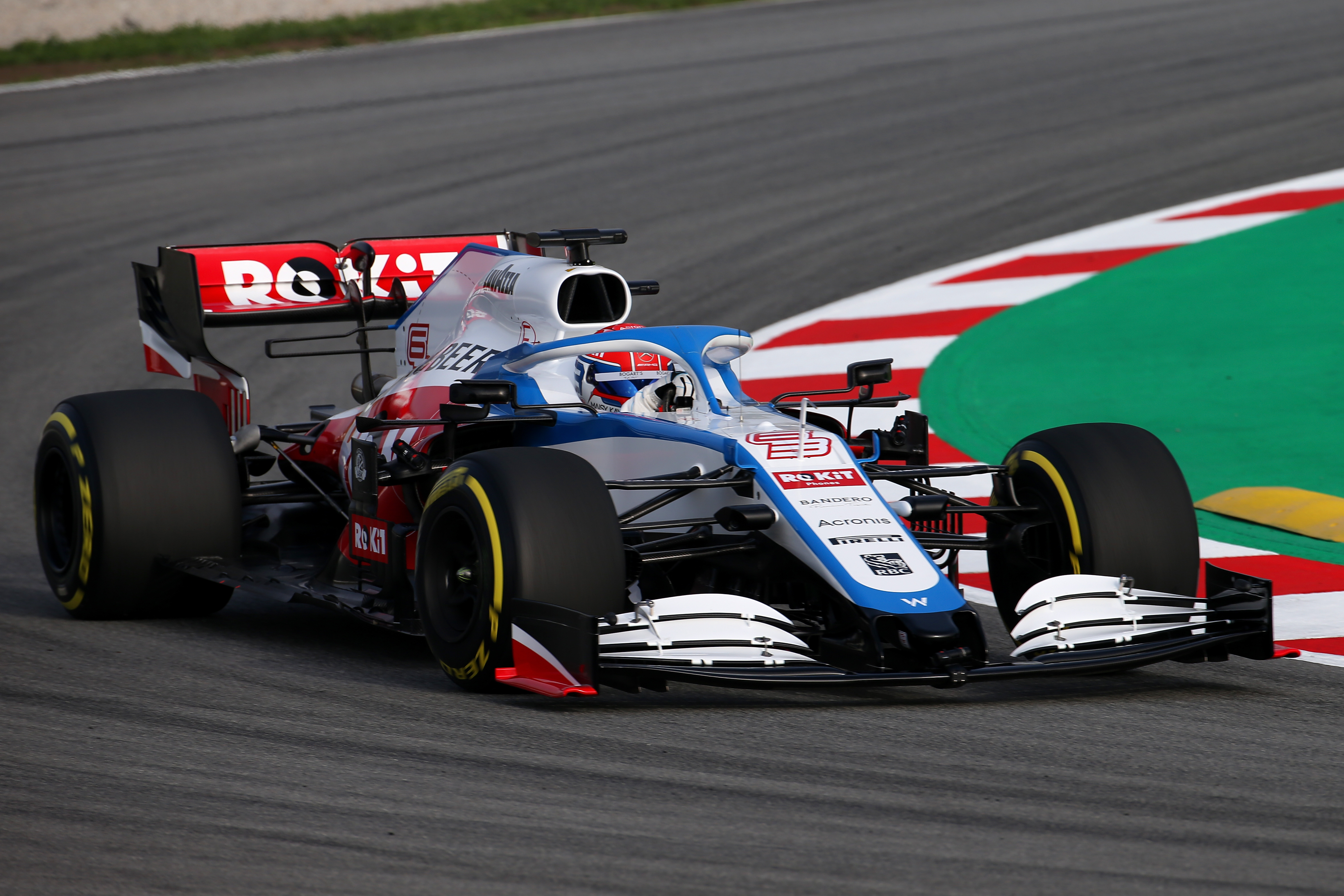 The new Haas, Williams and Renault cars are on track at the Circuit de Catalunya-Barcelona throughout Monday for team filming days.

The new Haas, Williams and Renault Formula 1 cars are on track at the Spanish circuit throughout Monday, as the teams carry out filming days as shakedown runs for the new machines.

Renault’s R.S.20, which hasn’t been seen in either physical or rendered form throughout this launch season, has been assembled and is on track for its shakedown in the hands of new race driver Esteban Ocon.

Williams, who revealed their car through studio renders on Monday morning, have taken their FW43 to Catalunya immediately, with George Russell putting the car through its paces. In a social media video, Russell joked by saying he got the honour of first driver in the car by ‘being the best looking driver in the team’.

Haas have also brought their new V.F.20 to Barcelona for filming. The car was revealed almost two weeks ago through studio renders, but this is the first physical appearance of the car. Romain Grosjean is at the wheel for filming.

The #VF20 takes to the track for the very first time 🤩#HaasF1 pic.twitter.com/aaIuDyKPv8

Almost every team has now carried out an initial shakedown of their new cars. McLaren spent Sunday at the circuit with Lando Norris driving the MCL35, while Alpha Tauri had a filming day at Misano on Saturday with both Daniil Kvyat and Pierre Gasly driving the AT01.

Alfa Romeo shook down their new C39 with Kimi Raikkonen at Fiorano on Friday, while Red Bull and Mercedes launched their cars at Silverstone last week.

That means just Ferrari and Racing Point are left to run their cars on track for the first time, although Ferrari are expected to be doing so at Catalunya on Tuesday before testing begins on Wednesday.