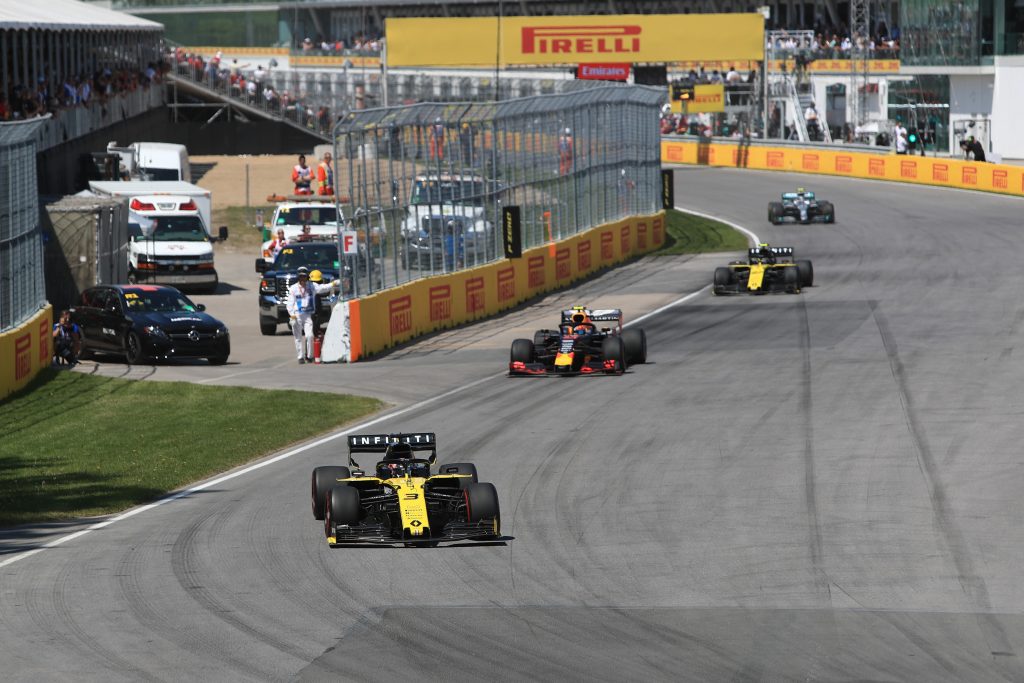 Share on FacebookShare on Twitter
Canadian Grand Prix – Red Bull Racing’s Pierre Gasly had his afternoon compromised by constantly having to manage his brake temperatures.

The French driver took a reasonable P5 during qualifying for Sunday’s race, albeit having been beaten to P4 by Renault’s Daniel Ricciardo. Having led Red Bull’s Q3 charge after Max Verstappen got caught out in Q2 by the timing of Kevin Magnussen’s crash, Gasly’s hopes were high that he could finish in front of the Dutch driver for the first time this season.

However, the race didn’t pan out particularly well for him, as he came home P8. Starting on the Softs, he attempted to undercut Ricciardo by coming in on Lap 7 but, with the Hard tyre not coming up to temperature straight away, stayed behind the Renault after the stop. Nico Hulkenberg also managed to get in front when he emerged from his stop nine laps later.

Stuck behind the two Renaults, Gasly was then forced into half a race of conservation as he struggled with his brake temperatures: “It was a pretty difficult day but the car actually felt quite good so it is disappointing to finish where we did. We expected to be stronger than this. With the heat, we just had to save the engine, brakes and that just made the whole race difficult. We struggled with traffic and had to save the brakes, which compromised us a bit, and I of course wanted to finish better than this.”

With Gasly’s home race in France coming up next, the pressure on him to impress alongside Verstappen is slowly growing after a steady start to the season. He’s hopeful of a turnaround in fortune for the race in Paul Ricard: “We need to analyse everything and see what we can improve but I also need to work hard before the next race. I hope we can find more pace and come back stronger for my home race.”