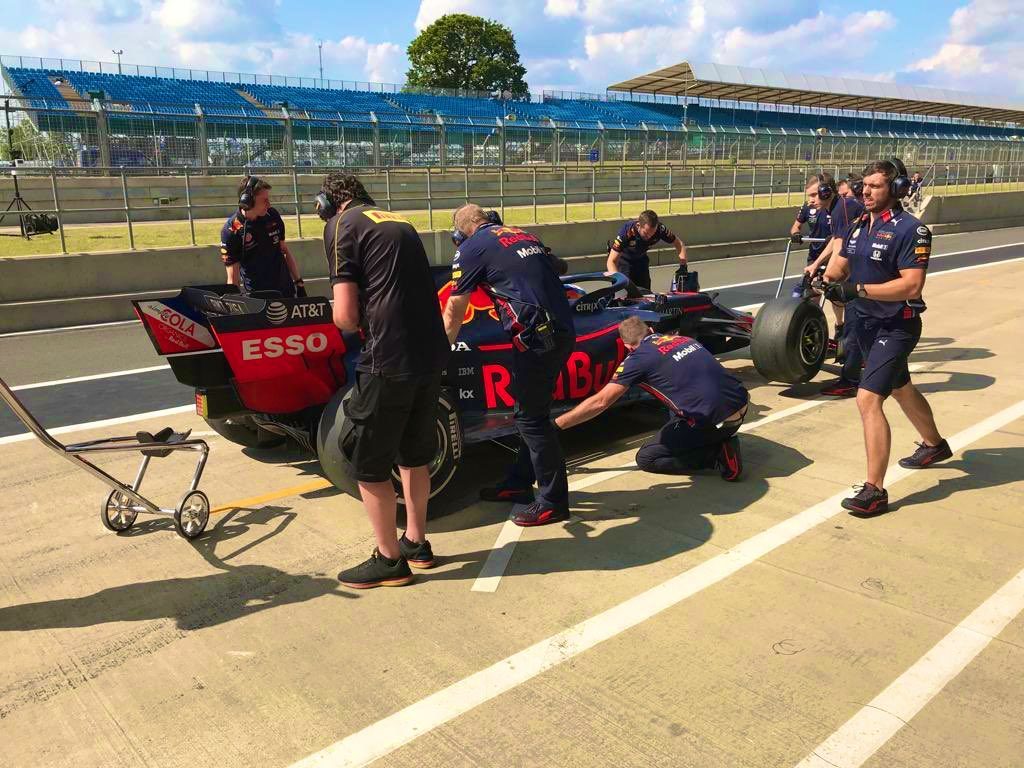 Both Red Bull and Williams completed a tyre test at the Silverstone circuit this week, carrying out tyre testing on behalf of Pirelli.

Aside from the regular pre-season and in-season testing, which is open to all the F1 teams and for their benefit, a separate test programme runs throughout the Formula 1 season.

This is specifically for the benefit of Pirelli to evaluate and test prototype tyre compounds, both dry and wet compounds, with all of the teams given the chance to participate over the course of the year.

Staying on at Silverstone for two days of testing this week, Williams and Red Bull Racing were the two teams on duty for Pirelli

Each team ran n a car for two days on Tuesday and Wednesday, with the car running a previously used car setup which the teams were not permitted to change. At these tests, there can be no new developments put on the car, and the team are instructed which tyre compound to use by Pirelli at any given point of the day.

Carrying out 2020 tyre development, the final year for the current 13 inch tyres, Pierre Gasly drove the first day for Red Bull Racing. He completed a total of 102 laps over the day. George Russell was at the wheel of the Williams and did 98 laps. Pirelli thus gathered 200 laps of data on Tuesday.

Onto Wednesday, and it was Williams’ other race driver, Robert Kubica, taking over from Russell in the FW42. Sebastien Buemi, fresh from his Formula E win with Nissan e.Dams in New York over the weekend, flew to the UK to drive the Red Bull. However, an off in the afternoon for the Swiss driver meant the test was wrapped up a bit early on Wednesday, but Pirelli still managed to get 158 laps in total over the day.

This particular test was specifically for dry tyre compound testing. There are four tests remaining over the remainder of the season, with two taking place at Paul Ricard, one at Suzuka and one at the Autodromo Hermanos Rodriguez in Mexico City. The next test will take place at Paul Ricard with McLaren on September 12th and 13th.