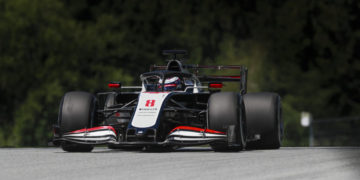 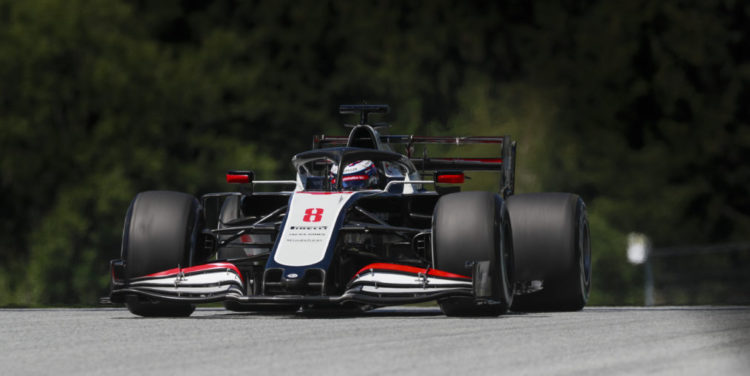 Styrian Grand Prix – Haas’ Romain Grosjean will start from the pitlane after his team worked on his car under parc ferme rules.

Grosjean was unable to take part in qualifying on Saturday, despite heading out on track at the start of Q1. The Haas driver made an error into Turn 4 and went off into the gravel, but it turns out an ERS water pump issue was a technical issue on his car that prevented him from setting a time.

As a result, he finished P20 and last in Q1. Without a time, he requires formal sign-off from the stewards to allow him to race – merely a formality as his practice times were adequate enough to ensure he was within 107% of the lead times.

However, Haas worked on his car under parc ferme conditions after qualifying. The stewards explained: “Grosjean took part in Q1 by exiting the pit lane and therefore was under Parc Ferme conditions from that point in time as specified in Art. 34.2 of the 2020 Formula One Sporting Regulations.”

“As reported by the Technical Delegate and confirmed by the team manager during the hearing, the team did not stop working on the car 3 hours 30 minutes after the end of Qualifying (11 July 2020, 20:16 hrs), but instead continued to work on the car until 23:20 hrs on 11 July 2020, which is not in compliance with Art. 34.4 of the 2020 Formula One Sporting Regulations. The work carried out during this time was not under supervision of a scrutineer, which is a breach of Art. 34.7 of the 2020 Formula One Sporting Regulations.”

Normally, this transgression would result in disqualification, but the stewards were happy that there were mitigating circumstances that means Grosjean can take part in the Styrian Grand Prix as long as he starts from the pitlane.

“In general, a breach of Parc Ferme regulations could lead to the driver being disqualified from the event. For work carried out on the car in the time windows until 3 hours 30 minutes after the end of Qualifying and after 5 hours 10 minutes before the start of the formation lap that includes changes to the set-up of the car or modifying parts of the car, a start from the pit lane would be mandatory.”

“In this particular case the Stewards accept that there clearly are mitigating circumstances as team would not have been able to run the car in the race without breaking the regulations and they approached the Stewards before the start of the relevant time period.”