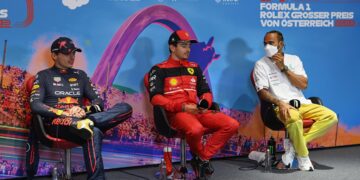 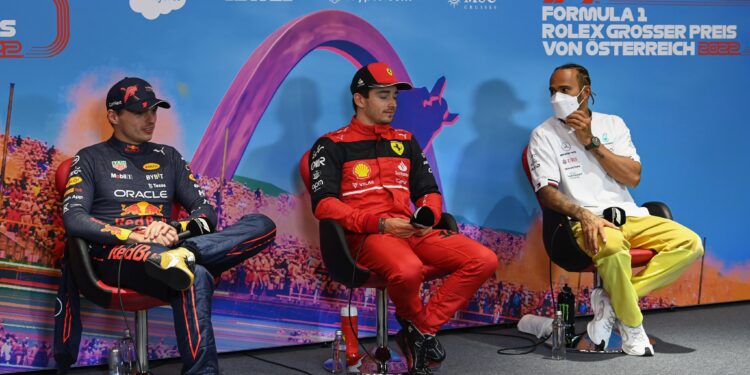 After the race the top three were all put under investigation for an alleged breach of Article 12.2.1.i) of the International Sporting Code, specifically for a potential breach of Parc Ferme instructions. The article in question reads: “Failure to follow the instructions of the relevant officials for the safe and orderly conduct of the Event.”

Team representatives of Ferrari, Red Bull Racing and Mercedes were called to see the stewards and the breach of instructions was revealed to have been due to the drivers’ physios entering Parc Ferme without permission.

The FIA seem to be clamping down on Parc Ferme rules this season as prior to the Canadian Grand Prix the Race Director’s post-race procedure notes had instructed that “Other than the team mechanics (with cooling fans if necessary), officials and FIA pre-approved television crews and FIA approved photographers, no one else will be allowed in the designated area at this time (no driver physios nor team PR personnel).”

Since then however the information in parenthesis has been expanded on and printed in bold font to: “(no team PR personnel. Driver physios must wait outside the cool down room behind the podium until the podium ceremony has concluded).”

The stewards were informed by the Media Delegate that the physios did not adhere to the correct procedure, which is in place to stop the drivers being given items prior to being weighed in the cool-down room before heading to the podium.

As the rule was breached each of the teams were handed €10,000 fines but, as with Sebastian Vettel’s fine yesterday, they have been suspended for the remainder of the season provided the rule is not broken again.

The full decision read: “The Stewards received a report from the Media Delegate, which was subsequently confirmed by video evidence, that the physio / drivers’ assistants of the top three finishers entered parc ferme without permission and in violation of the procedure that was published prior to the race “for the orderly conduct of the event.” In part this is to prevent handing over of items to the drivers prior to them being weighed.

“The Competitor is fined €10,000, which will be suspended for the remainder of the season pending any further violation of the procedure, and the competitors are warned that the passes of the individuals concerned may be revoked in case of systemic violation.”