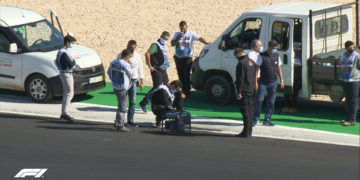 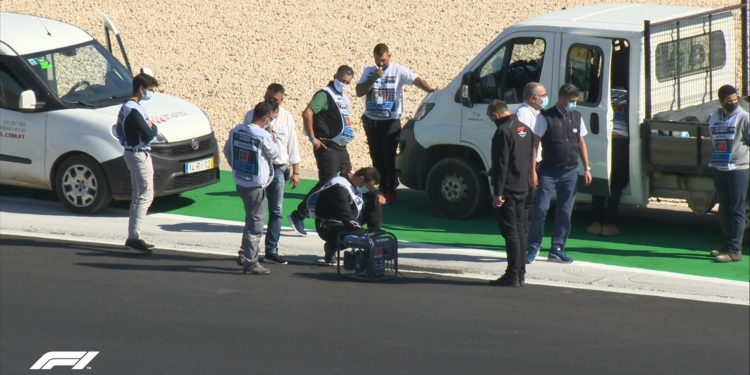 Portuguese Grand Prix – There will be a half hour extra to wait before qualifying as more inspection is needed after a drain cover came up at the end of FP3.


Heading into the final few minutes of FP3, Sebastian Vettel’s Ferrari tore up a drain cover at the penultimate corner of the Algarve track leading to the session being red flagged with only a minute or so to go.

Race Director Michael Masi will use the additional half hour to complete repairs on the track while also conducting a thorough inspection of all the other drain covers to ensure they all stay in place for the rest of the weekend. Qualifying is now scheduled to start at 14:30 Irish time.

Vettel’s Ferrari was undamaged after the cover came loose but they have previously caused huge amounts of damage. In 2019, the underside of George Russell’s Williams was ruined during an FP1 session in Azerbaijan while Romain Grosjean’s Haas was sent into a very dramatic crash in Malaysia in 2017.