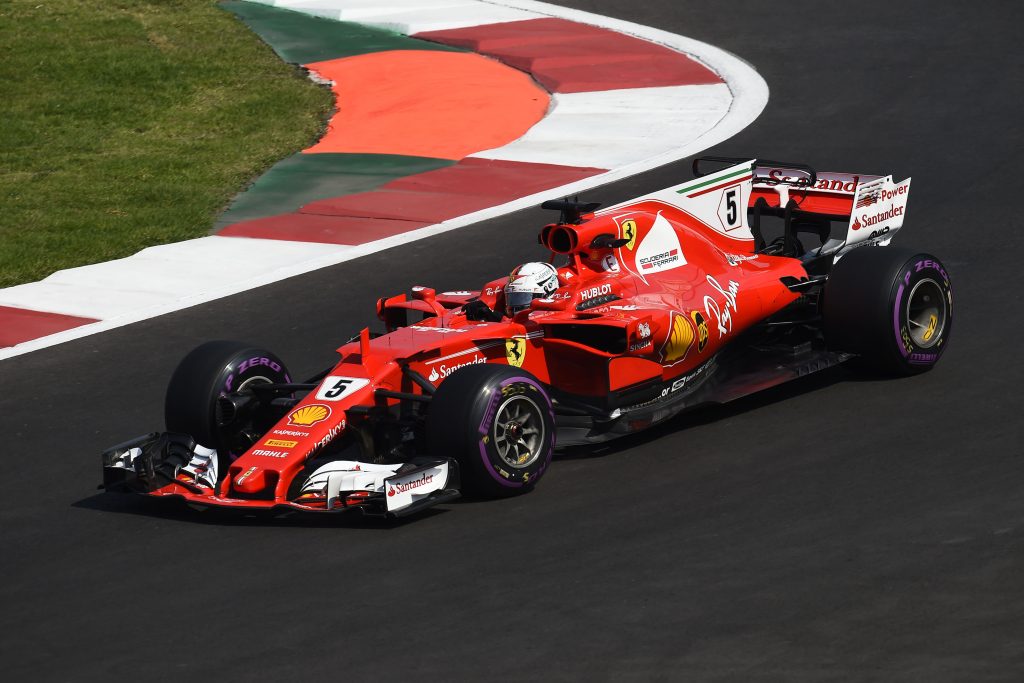 Vettel was second to Verstappen at the end of the first run in Q3, with the Dutchman using a second preparation lap to get the tyres into the optimum window.

The German improved on his second run to a 1m16.488s whereas Verstappen was unable to, having to settle for second by 0.086s.

Verstappen, however, is under investigation for impeding Valtteri Bottas in Q3. While the Red Bull was on a timed warm-up lap, Bottas approached at full speed on the exit of Turn 12. After passing, he locked up into the hairpin and abandoned his lap.

Championship leader Lewis Hamilton was third, four tenths off Vettel. He too did not improve on his second run after running wide on the exit of Turn 12. He edged out Bottas by two hundredths of a second.

Kimi Raikkonen was fifth, three-quarters of a second away from his team mate.

Esteban Ocon not only out-qualified his team mate but the Red Bull of Daniel Ricciardo in sixth.

Brendon Hartley made it into Q2 for Toro Rosso but he could not put in a timed effort before his engine cut out.

Both McLarens also advanced to Q2, but neither car went out as they will be starting at the back with a gathering on engine penalties.

Both Saubers were ahead of the two Haas cars, despite their 2016 Ferrari power unit. Marcus Ericsson pipped team mate Pascal Wehrlein in 16th, with Kevin Magnussen getting the better of Romain Grosjean in 18th.

Pierre Gasly did not go out in Q1 as the team were unable to change his power unit after an issue in third practice.