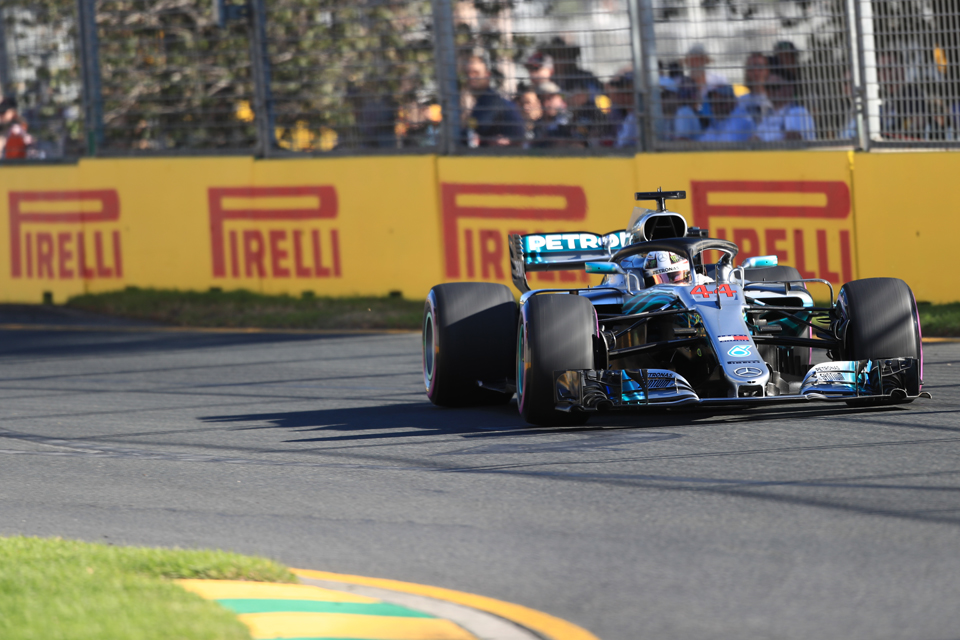 Australian Grand Prix – Lewis Hamilton smashed the all-time lap record of the Albert Park circuit to put his Mercedes on pole for the Formula 1 season opener.

The Friday pacesetter looked to be under stiff competition from Sebastian Vettel’s Ferrari and Max Verstappen’s Red Bull, with the three drivers split by six-hundredths-of-a-second following the first runs in Q3.

But Hamilton found eight tenths of a second on his second lap to set a 1:21.164, putting him 0.664s clear from his nearest rival which was eventually Kimi Raikkonen, who beat team-mate Vettel to the front row.

Verstappen was fourth, 0.715s off Hamilton’s pole time, but his lap included a wide moment at Turn 13. Both he and team-mate Daniel Ricciardo, who was fifth fastest, set their Q2 laps on the supersoft tyre which they will start the race on.

Ricciardo will start eighth after his 3-place grid penalty is applied, which he picked up on Friday for speeding under red flag conditions.

Q3 was red-flagged during the initial runs after Valtteri Bottas threw his Mercedes into the tyre barriers at Turn 2. The Finn did heavy damage to his car having run wide onto the artificial grass at Turn 2, which spit him into the wall.

He is provisionally tenth, but Bottas could take further pain if a gearbox change is required.

Haas claimed the ‘best of the rest’ position with Kevin Magnussen and Romain Grosjean sixth and seventh respectively, beating the two Renaults of Nico Hulkenberg and Carlos Sainz who were eighth and ninth.

The two McLarens narrowly missed out on a place in Q3. Fernando Alonso was 11th just ahead of team-mate Stoffel Vandoorne.

Lance Stroll went off at Turn 3 during his final Q2 run, which left him splitting the two Force Indias of Sergio Perez and Esteban Ocon in 14th.

Brendon Hartley was three-hundredths-of-a-second away from a Q2 place in 16th, while his Toro Rosso Honda team-mate Pierre Gasly qualified last having locked up into Turn 3 and run through the gravel.