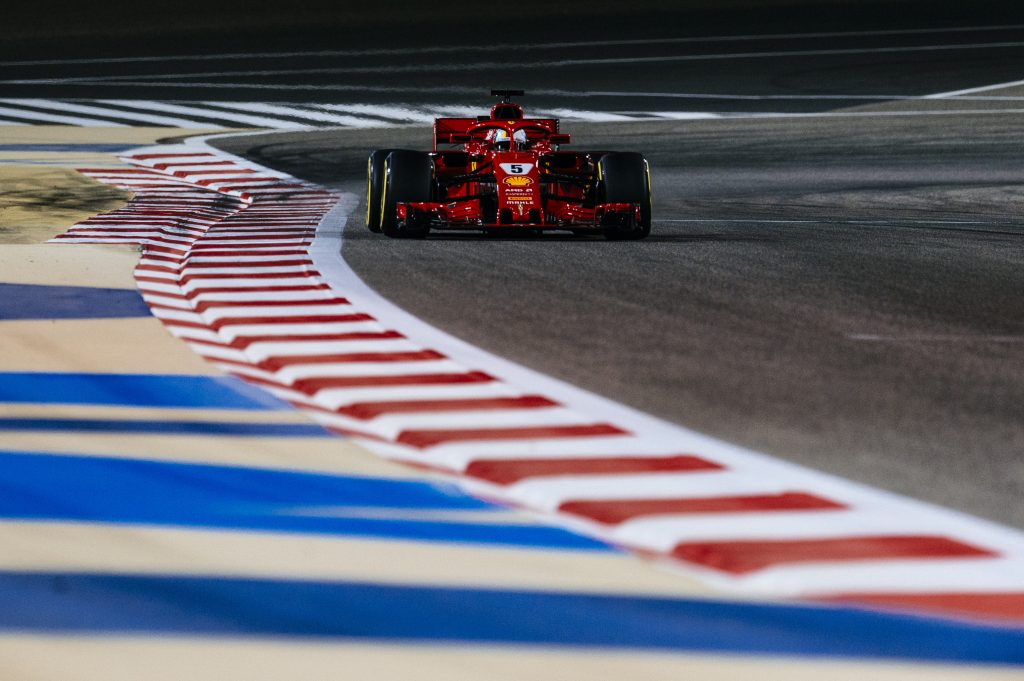 Vettel was second to Raikkonen, who had set the pace in Friday practice, after the first runs in Q3 as he ran wide on the exit of the final corner. But he kept it clean for his final run to set a new lap record of 1:27.958. Raikkonen could not improve on his second run, and was second by 0.143s.

Valtteri Bottas bettered team mate Lewis Hamilton to third by a tenth of a second. Hamilton will start in ninth after taking a five-place grid penalty for a gearbox change, promoting Daniel Ricciardo to the second row of the grid.

Hamilton will start the race on the soft tyre, having set his fastest time in Q2 on them, putting him on a contrary strategy to the leaders who will start on the supersoft.

Pierre Gasly was the surprise of qualifying with sixth fastest in the Toro Rosso Honda, beating Haas’ Kevin Magnussen to the ‘best of the rest’ slot.

Nico Hulkenberg was eighth for Renault ahead of Esteban Ocon. Carlos Sainz will start tenth.

Brendon Hartley made a mistake on his final lap in Q2, missing out on a place in the top ten by less than a tenth of a second. He beat Sergio Perez and the two McLarens of Fernando Alonso and Stoffel Vandoorne.

Max Verstappen starts 15th after crashing in Q1. He spun his Red Bull on the way into Turn 3 and damaged the front-left side of his car against the barriers. He had already put a time in during Q1 to get himself into the top 15.

A scruffy lap from Romain Grosjean meant he was out in Q1. He set an identical time to Alonso, who was the next quickest car, but the Spaniard put his time in first so was ahead.

Marcus Ericsson was 17th for Sauber, while his Formula 2 champion team mate Charles Leclerc spun at the final corner on his last attempt. He was 19th.

Rookie Sergey Sirotkin was 18th for Williams, with Lance Stroll the slowest runner at the back of the grid.