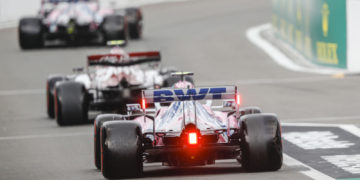 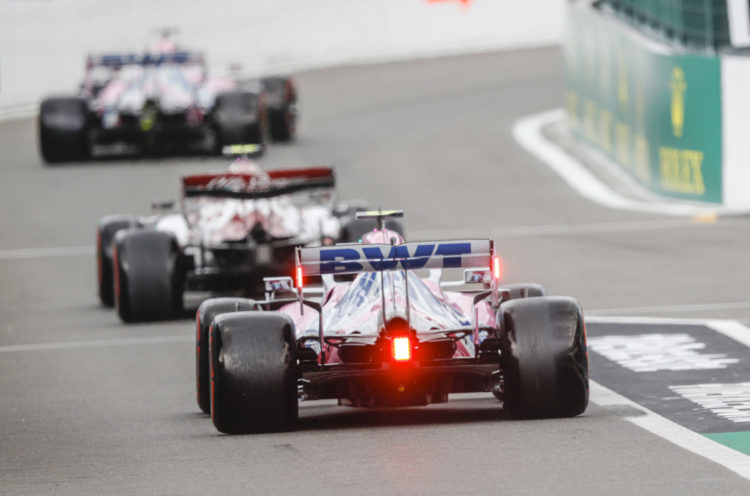 Belgian Grand Prix – Racing Point’s Sergio Perez and Lance Stroll were at a loss to explain why they struggled for pace in qualifying, after strong practice showings.

Sergio Perez will start Sunday’s Belgian Grand Prix from P8, having said on Friday that anything outside the top four would be disappointing. This was after a very strong Friday performance from Racing Point, but that pace seemed to ebb away through Saturday.

Racing Point, along with both Mercedes drivers and Red Bull’s Max Verstappen, had tried to get through Q2 on the Medium compound tyre due to their confidence, but had to back out and switch to the Softs in order to make sure they got into Q3.

This seemed to put them off their rhythm, and team boss Otmar Szafnauer explained: “We had hoped to reach Q3 on the medium tyres, but with all the teams so closely-matched, we had to switch to the softs to progress.”

“This left both drivers with just one set of the softs for Q3 and we chose to run early in the session. Our qualifying pace didn’t quite match our expectations from practice, so that’s something we need to understand going forward. It’s tomorrow that counts, though, and we’re certainly well placed to compete for good points. I’m optimistic that the race pace will be strong, but there’s a chance rain showers could influence the race too.”

Perez said there’s work to do behind the scenes to figure out where their pace got away from them, but said he’s confident of making up for lost ground on Sunday:  “I was a bit surprised to only be P8, so we need to look over the data and figure out why we seemed to lose some pace today, because we weren’t as strong in FP3 or qualifying compared to yesterday. It was also really tight out there and the gaps between cars were very small.”

“I don’t feel we were able to show our true pace and we struggled on the mediums in Q2. We know it’s going to be tight in the race tomorrow too, but I feel confident we will have good race pace. I think we can move forward and still score plenty of points. There’s going to be a bit of an unknown with the weather too, so we might need to react quickly if rain arrives for the race.”

Lance Stroll starts from P9 in the other Racing Point and was less than a tenth slower than Perez, and says he made an error that’s frustrating to look back on: “We weren’t as competitive as we wanted to be today and we were expecting more. We tried to reach Q3 on the medium tyre, but it just wasn’t possible. In Q3 I lost two tenths on my best lap by locking up at the last chicane, which is a crucial part of the lap. When the grid is as tight as it was today, that’s costly and it meant I wasn’t able to improve on P9.”

“It was a frustrating day, but now it’s about bouncing back tomorrow. We need to go away tonight and review because there’s a lot for us to analyse and improve to try to get back to the sort of pace we were showing on Friday. All in all, I think we’ll have solid race pace tomorrow and anything can happen – and there’s always the possibility of rain. We’re right in the mix and it’s going to be a close battle, so we can still fight for good points.”