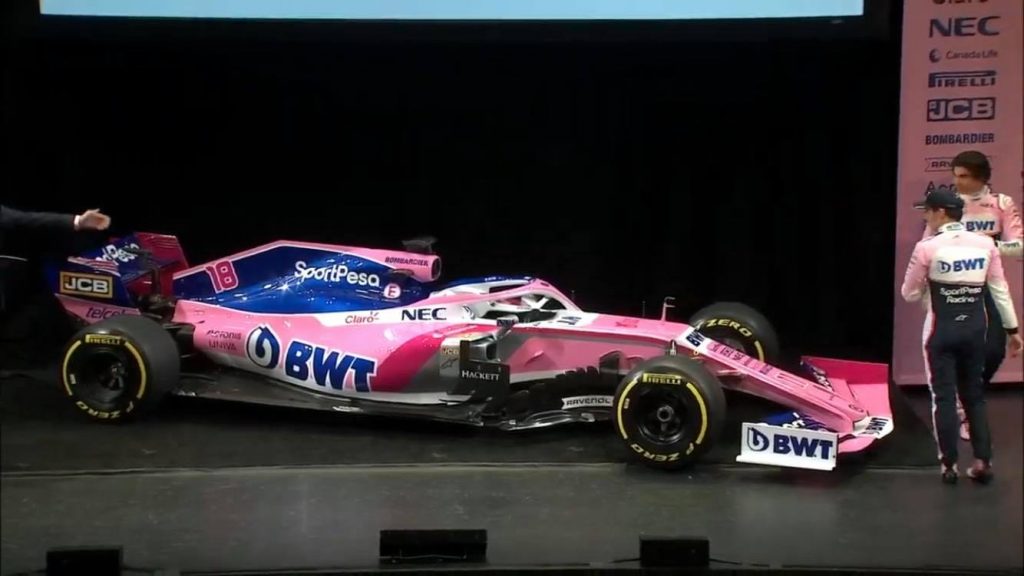 Racing Point will launch their new 2020 car on the 17th of February, becoming the latest team to announce their season launch date.

The Racing Point Formula 1 team will launch their 2020 challenger on February 17th, and will hold the launch at BWT’s factory in Mondsee in Austria – BWT being a sponsor of the team.

Now heading into their second season under their new moniker after Lawrence Stroll’s Racing Point consortium bought out the former Force India outfit, the new car will be called the RP20.

It will be driven by Canadian driver Lance Stroll, son of owner Lawrence, as well as Mexican driver Sergio Perez – he has signed a long term deal to stay with the team for three more years.

Last year, the RP19 was launched at the Canadian International Autoshow in Toronto. Racing Point becomes the fifth team to confirm their car launch date for this year, joining Ferrari, McLaren, Renault and Alpha Tauri and Mercedes on the confirmation list.

In recent times, the Canadian team have been linked with a potential rebrand to Aston Martin, but there is nothing confirmed regarding this.

Further details about the new car launch will be released as soon as we’ve got them!