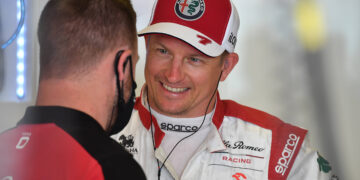 Raikkonen looking forward to “normal life” as he retires from F1

Raikkonen looking forward to “normal life” as he retires from F1 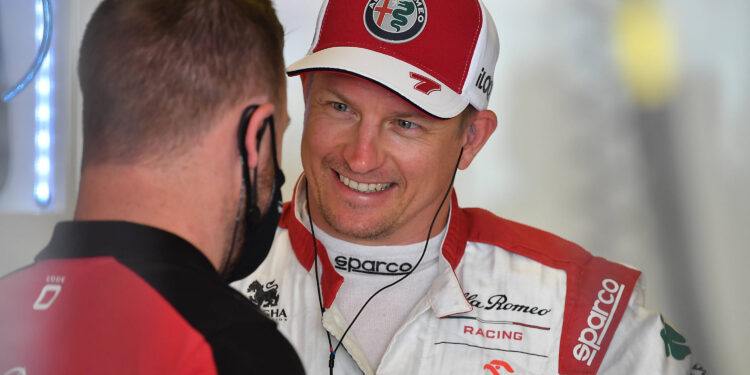 Abu Dhabi Grand Prix – Kimi Raikkonen was his usual nonchalant self in regards to how his last race ended but is happy to be headed for life outside F1.

While the 2021 season finale race will most likely be remembered and referenced in racing conversations for years to come, the Finn’s own part in it was, unfortunately, quite unremarkable.

While off-track, the celebrations and well-wishing were in full swing, Raikkonen’s final weekend’s on-track action wasn’t ideal – a spin in the opening practice session was followed by a heavy crash near the end of the second. Saturday saw the Finn get out of shape on his final run in Q1 leaving him to qualify P18, and then a brake issue during the race saw him hit the barrier before retiring his Alfa Romeo in the pits.

“Sometimes it goes like that, unfortunately,” Raikkonen said after his final Grand Prix. “There was some issue with the wheel nut and there was a small moment already the lap before and then it went. But you know, it happens, honestly the way the end result doesn’t matter. It doesn’t matter how it comes to the end, it’s the end now and yeah, I’m looking forward to it.”

There were multiple tributes to Raikkonen over the weekend: with a “Kimi career celebration” on the grid before the race, Ferrari bringing him over for a presentation and farewell, his teammate, Antonio Giovinazzi – in his own final F1 race for the time being – wearing a tribute helmet, and Alfa Romeo having “Dear Kimi we will leave you alone now” (a reference to his legendary radio message en route to winning the Abu Dhabi Grand Prix with Lotus in 2012) printed on the sidepods of his car for the weekend.

In typical Raikkonen fashion, he wasn’t overly enamoured by all the fuss: “Yes, a lot of good wishes and this and that. I’m not a big fan of them but it’s great to see all the support and a lot of great people here. But, I’m happy I lived through it, and I’m happy to go and do normal things.”

While he is looking forward to life outside the F1 circus, the 2007 World Champion said he will miss the people he’s gotten to know over the course of his two decades in the sport.

“I feel good,” Raikkonen added. “Like I said, I’m looking forward to, let’s say, normal life that I know outside of F1 anyhow. Of course, I will miss a lot of the great people I met over the years; 20 years have gone quickly, I made lots of memories, some good, some bad, and these are going to stay with me forever.”

Despite only completing 23 of the 57 laps on Sunday, the fans showed their appreciation and support for Raikkonen by voting him Driver of the Day.

Some farewell messages for Kimi Raikkonen from the F1 Family, ahead of the final race of his F1 career 😎👊#AbuDhabiGP 🇦🇪 #KiitosKimi pic.twitter.com/Bbqbujt0OG