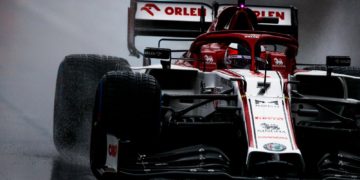 Raikkonen: ‘some of the most awful conditions I’ve faced’

Raikkonen: ‘some of the most awful conditions I’ve faced’ 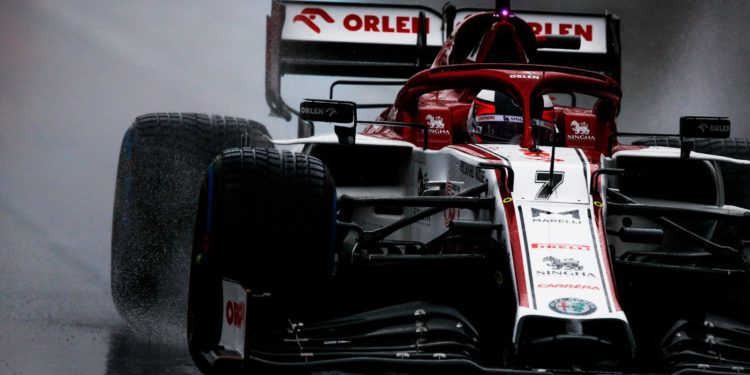 Turkish Grand Prix – Kimi Raikkonen and Antonio Giovinazzi weathered the difficult conditions to give Alfa Romeo their best qualifying of the season.

As the Alfa Romeo team, known as some variation of Sauber from its inception in 1993 to 2018, celebrate their 500th Grand Prix this weekend, their two drivers gave them a very welcome present by qualifying P8 and P10. It was the first time this season that both drivers had made it out of the first part of qualifying and the first time since Austria 2019 that both made it into Q3.

Raikkonen, the driver with the most race starts in F1 history, said the conditions were “some of the most awful conditions” he’d ever faced and believes the result was a result of the time they spent on track during the morning’s final practice session.

“We brought home a good qualifying result as a team,” said Raikkonen. “And we can be happy with it. These were some of the most awful conditions I’ve faced in my career but there wasn’t much we could do about it, we just had to go out and face them. We struggled a lot in the morning, but I think the laps we did in FP3 helped us later in the day.

“Even when the rain stopped, the track remained very slippery and it was hard to stay on track, but in the end I think the conditions benefited us. What really matters is tomorrow, we have to do our best and see where we end up. We have a good chance to convert our grid places into a good result.”

As with Verstappen, Giovinazzi struggled with the intermediate tyres but was very pleased with the team result and, as the only driver to have gained places at the start of every race this season, the Italian is going to try his best to continue that streak.

“It’s really nice to be in Q3 for the first time this year,” said Giovinazzi. “Especially to do so with both cars: it’s a nice way to celebrate the team’s 500th race, but there’s still plenty to do to get the job done.

“The conditions out there weren’t easy, probably the most difficult in my career, but we put together the laps when it mattered and we achieved our best result of the season so far. We tried to switch to inters for Q3 but in the end I couldn’t get them to work as well as I wanted: still, we can be very happy with what we achieved as a team.

“From these positions we have a chance to do really well, especially if conditions remain like these. It won’t be easy to make up as many places as we usually do at the start, but I will definitely try!”

While Alfa Romeo Racing’s Team Principal, Frederic Vasseur, was very pleased with the results praising it as a great morale boost to the whole team, his focus was on the race and the team’s hunt for more points.

“We can be really pleased about today’s qualifying result,” Vasseur commented. “The conditions out there weren’t easy with low grip and a cold and wet track, but we did a good job: the wet tyres worked well with our package and everyone delivered. This morning’s session was quite tough, but we had a good reaction as a team and made a big step forward for qualifying.

“We had both drivers consistently in the top ten throughout the session and this is a big morale boost, on top of being a good opportunity to score points tomorrow. We can be proud of what we did on an important weekend for the team, but no points are given out on Saturday: we still have to do a good job in the race.”