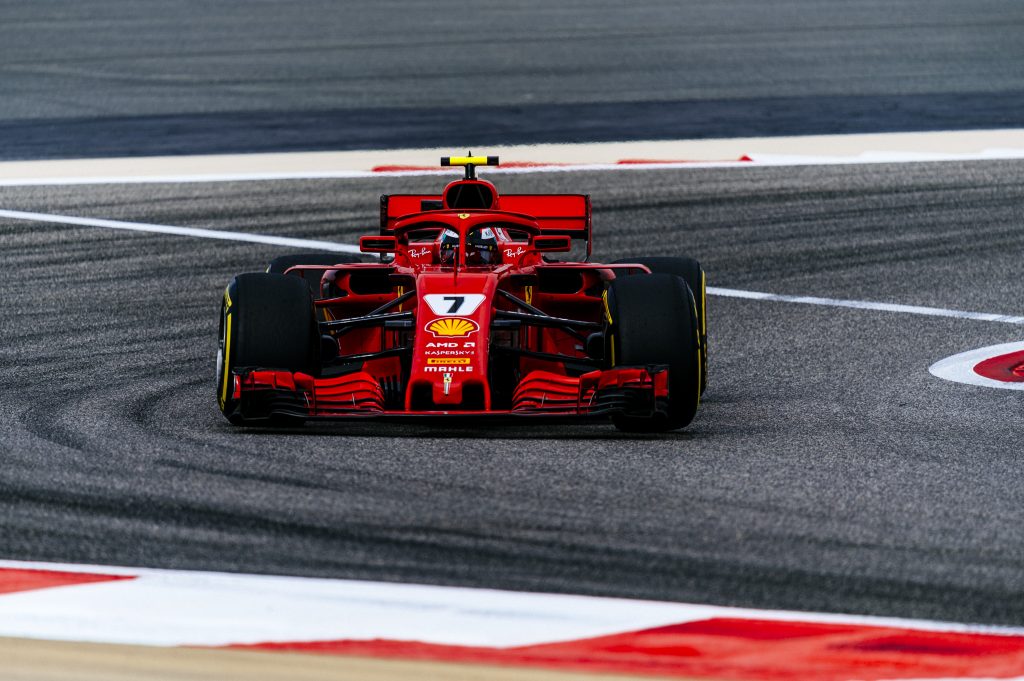 Bahrain Grand Prix – Kimi Raikkonen put his Ferrari on the top of the FP3 timesheets ahead of the two Red Bull team mates Max Verstappen and Daniel Ricciardo.

Raikkonen took the top spot away from team mate Sebastian Vettel, who only did one run in the session after a bargeboard on the right of his car came loose, forcing him to abandon his running early in the session.

His team mate went 0.851s clear with his second run with a 1:29.868, eventually finishing 0.525s ahead of Verstappen, who was half a tenth ahead of Ricciardo.

Lewis Hamilton was fourth ahead of Vettel. He goes into qualifying with a five-place grid penalty foe a gearbox change, after a hydraulic leak during the previous race in Australia damaged his gearbox.

Valtteri Bottas was the early pacesetter and ended the session sixth, 0.918s off Raikkonen’s time.

Nico Hulkenberg was the best of the rest in seventh, ahead of his Renault team mate Carlos Sainz.

Pierre Gasly continued to impress in the Toro Rosso Honda in ninth, with team mate Brendon Hartley proving the value of the team’s new aerodynamic parts in 11th, split by the McLaren of Fernando Alonso.

Romain Grosjean’s Haas and the two Force Indias of Esteban Ocon and Sergio Perez were split by less than a tenth of a second in 12th to 14th, with Kevin Magnussen just behind.

Marcus Ericsson was 16th for Sauber, with his team mate Charles Leclerc in 18th, ahead of the two Williams who rounded out the field with rookie Sergey Sirotkin leading Lance Stroll.